WHO rescinds appointment of Mugabe as goodwill ambassador 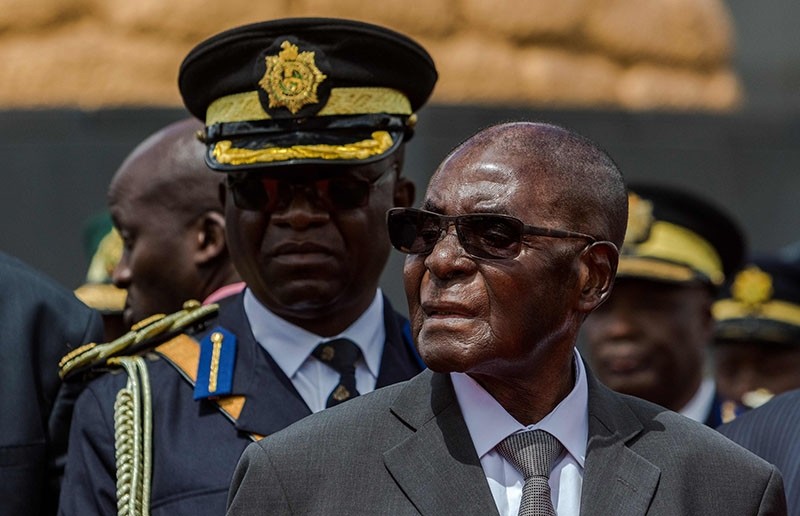 The World Health Organization (WHO) has rescinded its appointment of Zimbabwean President Robert Mugabe as goodwill ambassador after the selection raised outcry in the international community.

Director-General Tedros Adhanom Ghebreyesus said in a statement Sunday afternoon, he had "decided to rescind the appointment."

Tedros had tweeted late Saturday that he was "rethinking" the decision as calls for its reversal continued to mount.

Activists, public health experts and key WHO donors like Canada, the U.K. and the U.S. denounced a prospective role for Mugabe within the agency, saying Zimbabwe's healthcare system has collapsed under his 37-year rule.

"The Mugabe appointment, coming at the end of [Tedros's] first 100 days, was a misstep," the director of the Global Health Institute at Harvard University, Ashish K. Jha, told AFP in an email.

The U.S. ambassador to the United Nations during Barack Obama's administration, Samantha Power, tweeted: "Tedros will surely revoke terrible apptmt of Mugabe as goodwill ambassador, but damage is done. The only person whose health 93-yo Mugabe has looked out for in his 37 year reign is his own."

Richard Horton, the editor of the leading medical journal The Lancet said: "WHO DG stands for Director-General, not Dictator-General. Tedros, my friend, retract your decision, consult with colleagues, and rethink."

Tedros, a former Ethiopian health minister, took charge of WHO in July.

His election as the first African leader of the organization was billed as a key moment for the continent, where much of WHO's work is based.

But his decision to honor one of Africa's most controversial leaders has raised questions about his leadership just four months into his tenure.

Zimbabwe's healthcare system, like many of its public services, has deteriorated under Mugabe's rule, with most hospitals out of stock of essential medicines and supplies, and nurses and doctors regularly left unpaid.

Up to 400 people die of AIDS in Zimbabwe every day, according to a Physicians for Human Rights report. Last year, a cholera epidemic killed thousands in the country.

Mugabe himself takes frequent trips out of the country for medical treatment.