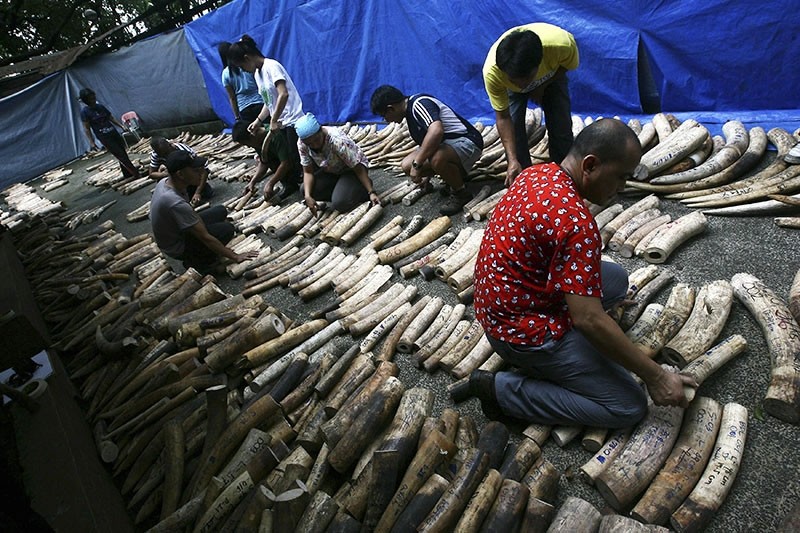 African ivory seizures hit a record high last year since trade of the material was banned in 1989, an international wildlife organization said Tuesday.

Nearly 40 tons of ivory were seized in 2016, according to a report issued by the Convention on International Trade in Endangered Species of Wild Fauna and Flora (CITES).

The report said elephant numbers had increased in Botswana, Namibia and South Africa but fell in in central African countries "where dramatic losses of elephant populations have been reported over the last 10 years."

The report added that there was evidence of Asian nationals exporting the ivory from Africa to Asia.

The spike in trade may in fact be a reaction to "the prospect of greater controls, the imminent domestic ban in several countries and anticipation of continued drop of price," the report added.