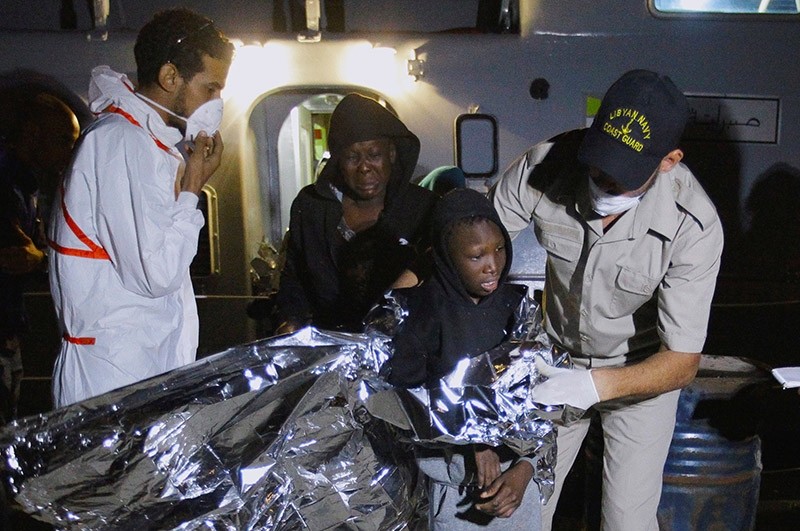 The migrants were intercepted near the town of Zliten by one of several coastguard vessels that Italy repaired and delivered to Libya earlier this year.

Libya's western shoreline is the main departure point for migrants trying to reach Europe by boat, many of them fleeing conflict or poverty.

Crossings have dropped sharply since July, when an armed group in the smuggling hub of Sabratha began blocking departures.

Under pressure from Italy and other European states, Libya's coastguard has also become increasingly active, patrolling more widely and intercepting migrants before they can reach international rescue vessels.

As of Oct. 24, more than 18,800 migrants had been intercepted so far this year, according to the International Organisation for Migration (IOM). More than 111,000 had crossed to Italy, the vast majority from Libya.

The group picked up on Tuesday was brought back to Tripoli port and was being transferred to a detention center in Tajoura, a suburb of the capital. It included about 15 children and 25 women, said coastguard official Ali al-Shebrak.

A reporter saw one newborn child crying from hunger as his mother, barely able to walk, was given medical treatment from an ambulance.