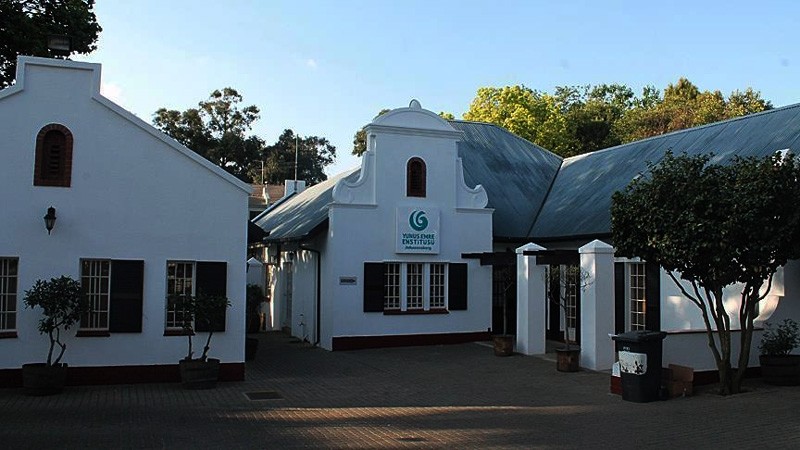 The first and only Turkish library in South Africa honoring Ebubekir Efendi, who was sent to the Cape of Good Hope to introduce Islam during the reign of Sultan Abdülaziz, will be opened by the Johannesburg Yunus Emre Institute (YEE) next month.

Speaking to Anadolu Agency (AA) about the library, South African Johannesburg YEE coordinator Gökhan Kahraman discussed the purpose of the institution, explaining that they want to strengthen the cultural relations between the two countries and also provide education for students who want to study the Turkey's language and culture.

Explaining that there is great interest in the Turkish language and culture in the region, the coordinator said that they have previously sent the brightest students from their Turkish Children's Club to Turkey for summer school.

While detailing the cultural events hosted by the organization, Kahraman said South Africans have shown great interest in traditional arts, including calligraphy.

He also said that they try to contribute to all of the Turkish scholarships in cooperation with the Presidency for Turks Abroad and Related Communities (YTB).

"We have already given extensive information about Turkish scholarship programs to universities, academics, high schools and research centers. We expect a high number of applications from South Africa this year," Kahraman said.

Highlighting they are planning to introduce nearly 4,000 books in Turkish, English and various local languages, Kahraman said that Turkish culture will never be forgotten in literature or history in these regions.

"Our historical impact started with the arrival of Ebubekir Efendi to Cape Town on Jan. 13, 1863. The YEE is trying to continue his work in a sense. We are always thinking up ways to contribute to it," he said.

The scholarly heritage left by Ebubekir Efendi, who was sent to the Cape of Good Hope in 1863 to teach Islam and to solve the religious and social controversies of Muslims in the period of Sultan Abdülaziz, is still going strong. The effects of Ebubekir Efendi's personal work are also seen in the present, as well. For instance, his catechism "Beyanü'd-Din," which he wrote in a local African dialect, is considered one of the earliest texts written in an African language, and the book was also the first religious text ever written in this language.

The descendants of the scholar, who played a significant role in the Ottoman Empire's religious services in sub-Saharan Africa, have continued to live in the South Africa for five generations.

Since its establishment in 2009, the Yunus Emre Institute has taught Turkish to more than 99,000 people in 40 countries.

Named after the influential poet Yunus Emre, the institute now has nearly 50 cultural centers around the world offering artistic, social and scientific programs.