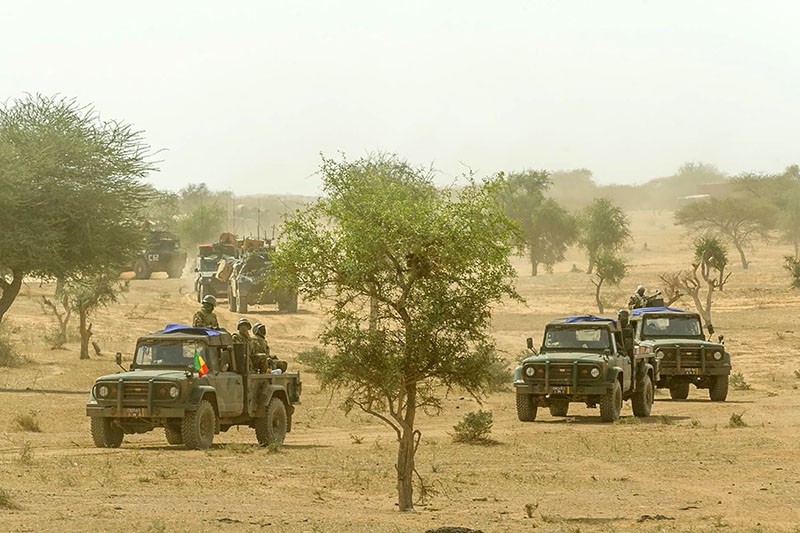 This photo handout by the French ECPAD and taken on Nov. 3, 2017 in the Malian desert, shows a convoy of Malian military vehicles taking part in the 'Hawbi' joint tactical coordination operation with soldiers of France's Barkhane mission. (AFP Photo)
by German Press Agency - DPA
Nov 14, 2017 12:00 am

Mauritania, Mali, Niger, Burkina Faso and Chad are particularly severely affected by the crisis, according to the ICRC.

"The focus in the Sahel is on security issues, but this obscures a major tragedy - millions of families who are hungry and desperate for survival," said ICRC Africa deputy director Patrick Youssef.

"The consequences will be serious, including more displacement," Youssef warned during the International Forum on Peace and Security in Africa held in Senegal's capital, Dakar.

"Many of these locations are already strong breeding grounds for radicalization and extremism," he added.

The Sahel region is suffering ongoing conflicts, including attacks by numerous terrorist groups in the Lake Chad region and Mali, which also have serious consequences for neighboring Burkina Faso and Mauritania.

While food and job opportunities are already scarce, the United Nations projects the population of the Sahel region will increase from 90 million people to 240 million by 2050.