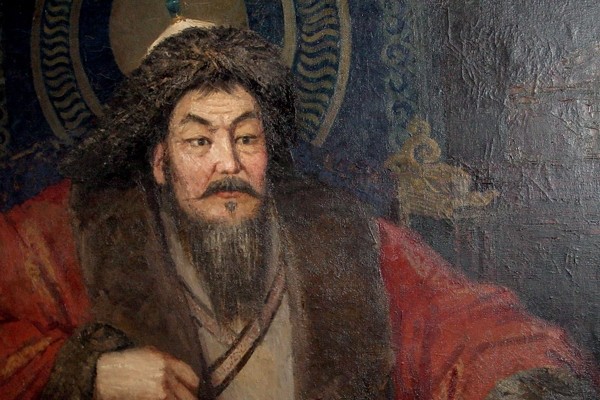 A Chinese court in the Inner Mongolia region sentenced a man to one year in prison on Friday over charges of inciting ethnic hatred after sharing a video of himself destroying a portrait of Mongol ruler Genghis Khan.

In a video that was shared online this May, the man surnamed Luo stood inside a yurt and stomped on a picture of legendary conqueror Genghis Khan, a public security bureau in the northern region announced Wednesday.

The 19-year-old was convicted this week of "inciting ethnic hatred and ethnic discrimination" and apologized before the local court for "harming public sentiment."

The famous warrior hero, Genghis Khan, who roamed on horseback from the Mongolian steppes off to build an empire that reached into Europe 800 years ago, remains a revered figure among many ethnic Mongols.

Ordos city authorities said several members of the public had reported the viral video to the police.

While Luo was condemned on social media for the video, some commenters on the Twitter-like Weibo platform also questioned the severity of his prison sentence.

"Chinese law is too elastic, it's not standardized," one user said.

Another accused the authorities of ruling by "Mongol Empire Law."