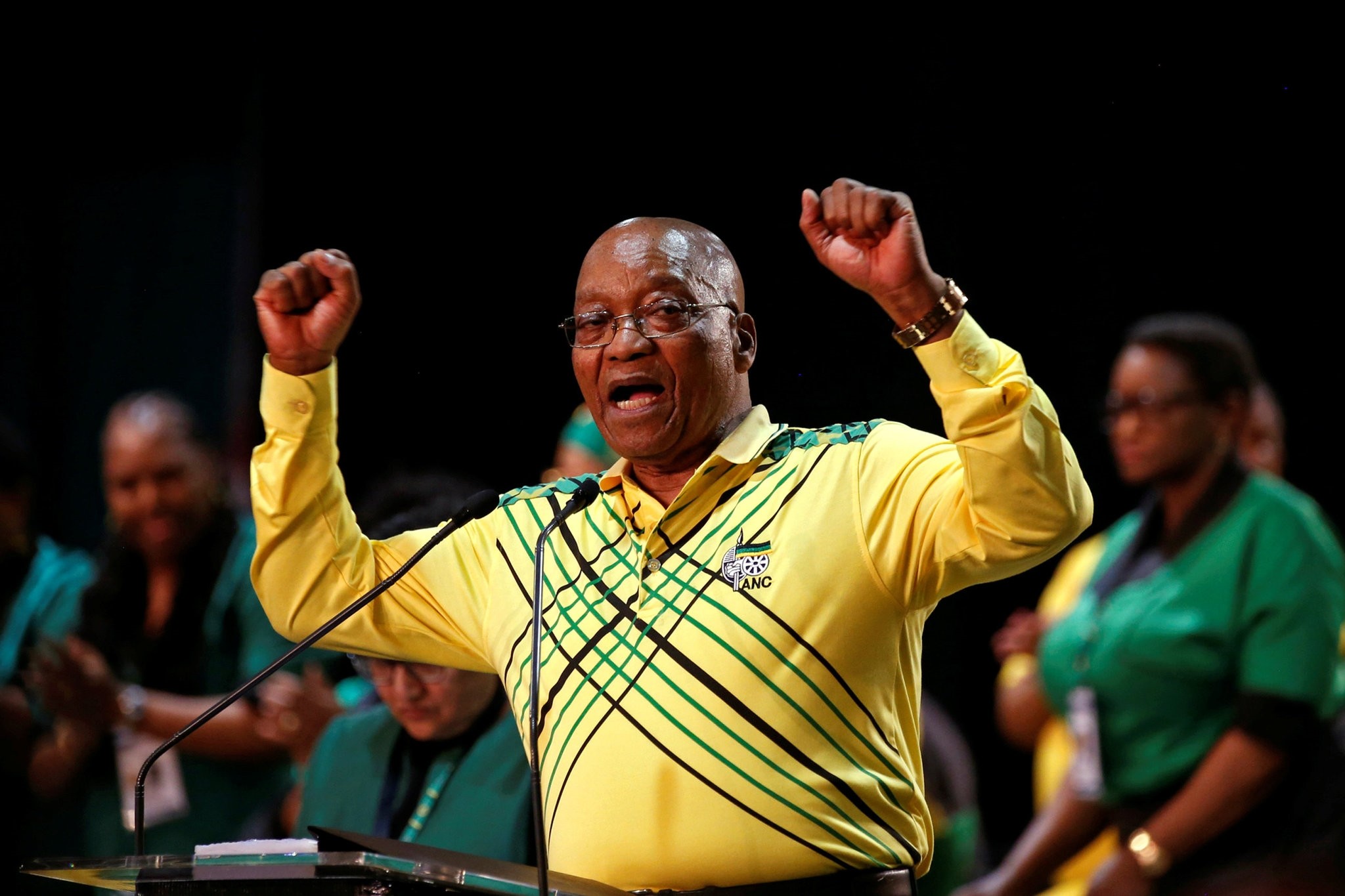 President of South Africa Jacob Zuma gestures to his supporters at the 54th National Conference of the ruling African National Congress (ANC) at the Nasrec Expo Centre in Johannesburg, South Africa December 16, 2017. (REUTERS Photo)
by Associated Press Dec 16, 2017 12:00 am

South African President Jacob Zuma on Saturday blamed infighting and perceived corruption for the troubles of the ANC party, which risks losing power for the first time since the end of apartheid.

Zuma, whose reign has been marred by graft scandals, spoke at a party conference that will elect his successor as head of the African National Congress, though he will remain as head of state ahead of 2019 elections.

The 75-year-old Zuma said the party's poor local election results last year "were a stark reminder that our people are not happy with the state of the ANC".

He blamed the decline in support on "perceptions in society that we are soft on corruption, self-serving and arrogant."

"Petty squabbling that takes us nowhere needs to take a back seat," he said.

"Our people are frustrated when we spend more time fighting among ourselves instead of solving the daily challenges they experience... Factionalism has become the biggest threat to our movement."

The ANC is still South Africa's biggest party by far, but the 54 percent it won in local elections last year was its worst poll result since the 1994 elections that marked the end of white-minority rule.

Opposition parties the Democratic Alliance and Economic Freedom Fighters are both hoping to exploit the ANC's woes in the 2019 election, with one possible outcome being a coalition government.

The five-day ANC meeting outside Johannesburg to elect a new leader is widely seen as a pivotal moment in the country's post-apartheid history.

The battle between Dlamini-Zuma, who is reportedly backed by Zuma, and Ramaphosa could even split the party.

The conference started seven hours late after an acrimonious dispute over which delegates will be qualified to vote. The day of the vote remains uncertain.

Dlamini-Zuma, 68, headed the African Union commission until earlier this year and is a former interior, foreign affairs and health minister.

But her critics say she would pursue Zuma's failing economic and political policies, and would protect him from criminal prosecution over graft allegations.

The couple had four children together before divorcing in 1998.

Ramaphosa, 65, a former trade union leader, led the historic negotiations in the 1990s to end apartheid before launching a business career that made him one of the country's wealthiest men.

He is often accused of failing to confront Zuma while serving as his deputy since 2014.

Zuma also criticised the media, the judiciary, some civil society groups and the private sector in a speech in which he described himself "an outgoing president".

Zuma must step down as president when his second term ends in 2019.

The ANC candidates had agreed "to abide by the outcome of the conference. I want each of them to bear that in mind," he said.

"I am convinced that the ANC will sail through the current rough and stormy seas."

Zuma's speech was greeted with sparse applause and a partial standing ovation after raucous party delegates had danced and sang songs in support of their chosen candidate to succeed him.

Tefu Velaphi, a 38-year-old delegate, told AFP: "Zuma's legacy is disastrous. He only cares about himself and his friends. We want them to be arrested.

"That lady will protect Zuma," he said, referring to Dlamini-Zuma.

But Matthew Tsepang, one of her supporters, said: "We cannot judge a person by her previous life. She can be a former wife but have her independence. She is a capable leader."