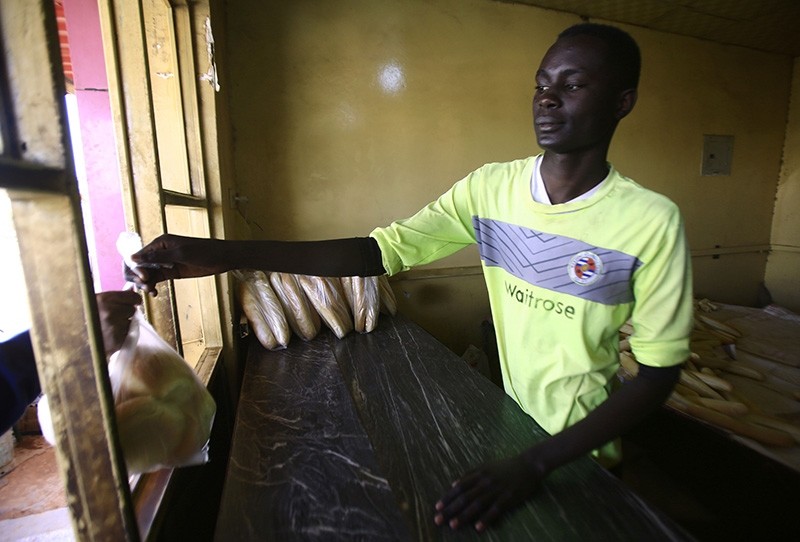 A student was killed and one opposition leader arrested in Sudan during protests Sunday against soaring bread prices, officials and witnesses said.

Protests broke out in areas of war-torn Darfur and Blue Nile states as well as the capital Khartoum with demonstrators burning tires and blocking roads and police firing tear gas.

Bread prices more than doubled this week as flour manufacturers raised prices amid dwindling wheat supplies after the government decided to stop importing grain and allowed private companies to do so.

Anti-riot police fired tear gas at hundreds of students and residents who staged rallies in the towns of Geneina and Nyala in Darfur and Damazin in Blue Nile, witnesses said.

"In the incidents that occurred in Geneina, one student was killed and six other people were wounded," Fadalelmola Al-Haja, governor of West Darfur of which Geneina is the capital, said in a statement.

"The situation is now calm," he said without specifying how the student had been killed.

Leading opposition groups called for anti-government protests in response to the price rise.

"No, no to high bread prices!" chanted students and residents in Damazin as anti-riot police broke up their rally, witnesses said.

Pictures and videos of protests were quickly uploaded to social media sites.

"The price of bread is only rising in Nyala because many bakeries closed due to the shortage of flour," one resident told AFP by telephone.

A government official in Nyala said the situation there was under control.

"Police have dispersed the protesters. Our security forces are ready to deal with any disturbances," he said, speaking on condition of anonymity.

Earlier Sunday, security agents seized the print runs of six newspapers after they criticized the government over the rising cost of bread.

"No reason was given for confiscating copies of our newspaper, but I think it was due to our transparent coverage of the food price rise," said Hanadi Al-Sidiq, editor of Akhbar Al-Watan which saw its entire run seized along with Al-Tayar, Al-Mustagilla, Al-Karar, Al-Midan and Al-Assayha newspapers.

Sudanese media are often targeted over their reporting. The country regularly ranks near the bottom of international press freedom rankings.

There were also sporadic protests in late 2016 after the government cut fuel subsidies.

The authorities cracked down on those protests in an attempt to prevent a repeat of deadly unrest that followed an earlier round of subsidy cuts in 2013.