Up to 100 migrants missing in shipwreck off Libya 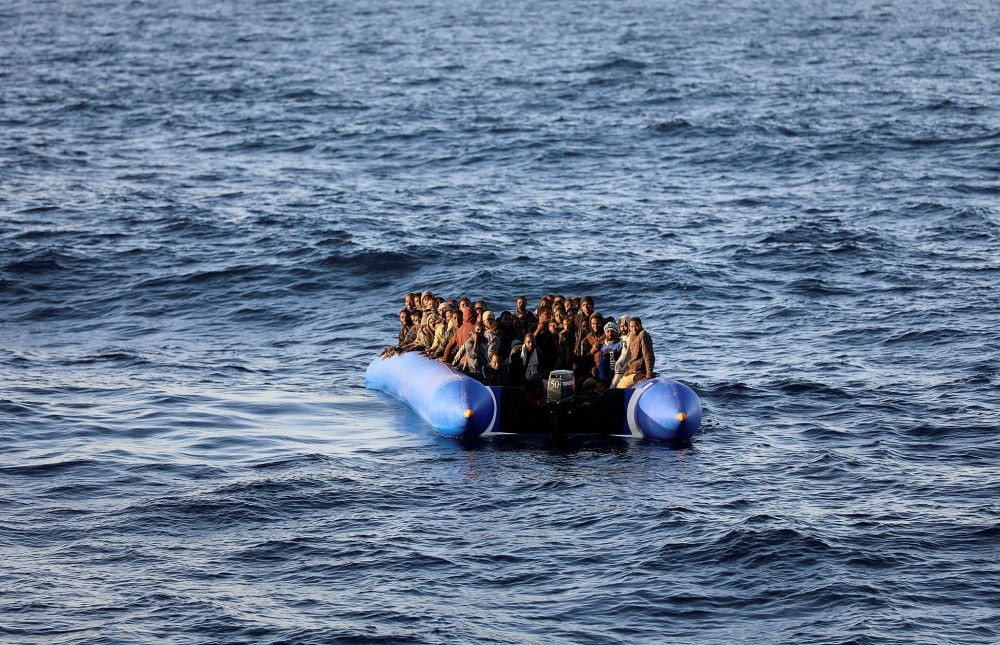 The Libyan navy said yesterday that some 100 migrants are missing at sea and feared dead while the coast guard rescued at least 279 others off the coast of Libya.

The migrants, mostly Africans, had embarked on the perilous trip across the Mediterranean onboard several vessels and the survivors were found on Tuesday. Those missing were all from a single rubber boat that capsized while at sea. Its remnants were found off the western city of Khoms, the navy said. The other migrants were found off the city of Zawiya, also in western Libya.

Rescue and search efforts went on for more than 12 hours despite the rough sea and limited resources, the navy said. All the survivors, including 19 women and 17 children, were taken to a naval base in the capital, Tripoli, and were later handed over to Libya's anti-migration authority.

On Sunday, the Libyan navy said it rescued 272 migrants who were attempting to reach southern Europe. The U.N. migration agency said that over 3,100 migrants died in the Mediterranean Sea in 2017.

The vast North African country is home to competing governments and parliaments, with real power held by an array of militias, many of which make money from trafficking and packing hundreds of desperate migrants in unseaworthy boats to make the dangerous voyage across the Mediterranean.

Libyan authorities, pressured by Italy, which gets the lion share of migrants, have recently stepped up efforts to stem their flow into Europe.

The massive flood of migrants across the Mediterranean over the past few years prompted the European Union to take measures, including training and equipping Libya's coast guard to stop boats attempting the dangerous sea crossing. Such measures brought the numbers of migrants crossing to Europe down by more than half in 2017, compared to the year before.

But rights groups fear that the measures could also leave tens of thousands of migrants stranded in restive Libya. Survivors have recounted starving in Libyan detention centers and other abuses. The high death rate among the migrants is often blamed on small dinghies and poor vessels used by the smugglers, who also appear still willing to brave the choppy winter sea. The International Organization of Migration estimates that over 171,300 migrants entered Europe in 2017, compared to a little over 363,500 in 2016.