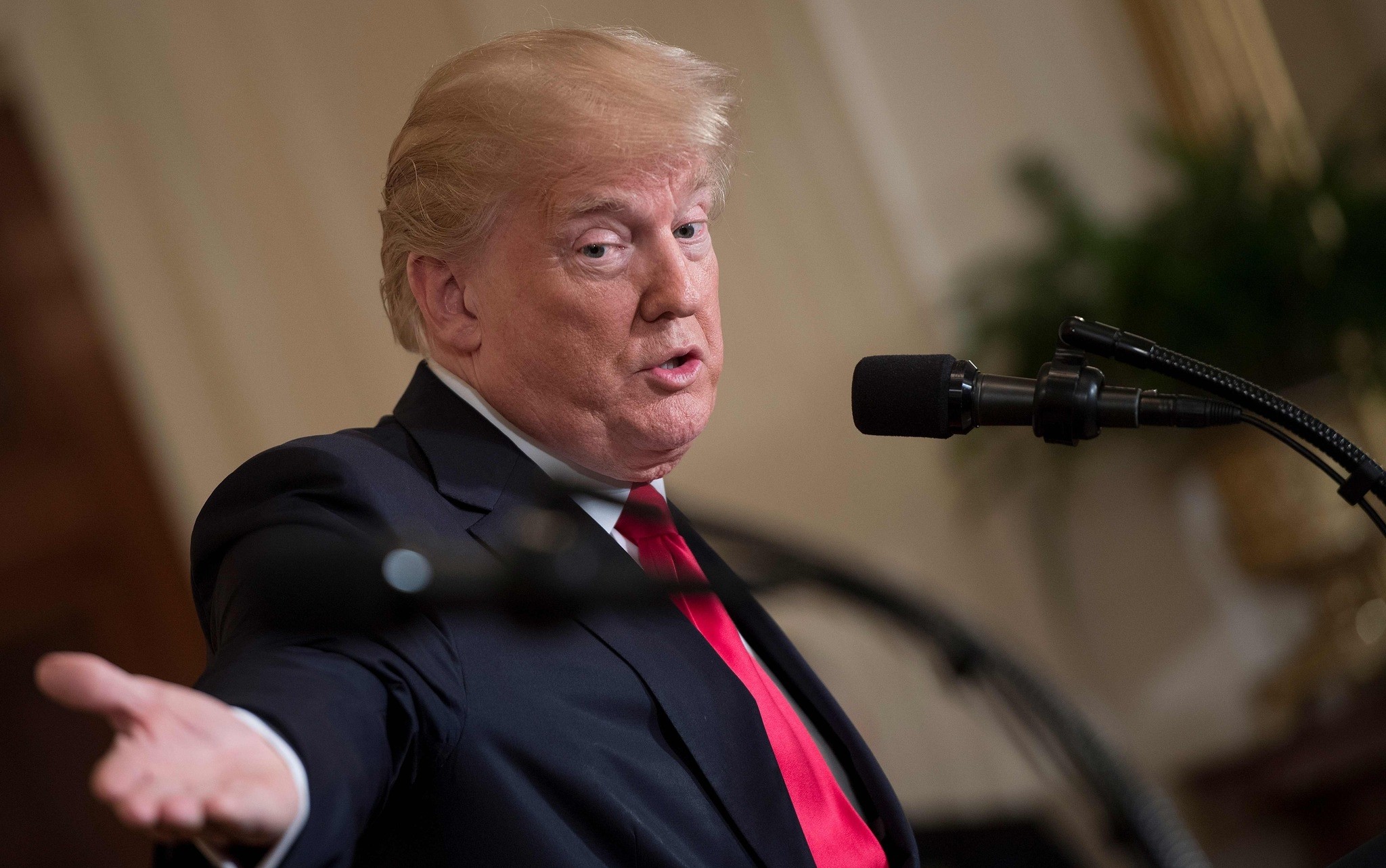 Haitians reacted with outrage Friday to reports that U.S. President Donald Trump questioned why the U.S. would accept more immigrants from Haiti and "shithole countries" in Africa at an Oval Office meeting held on the eve of the anniversary of the 2010 earthquake, one of the deadliest disasters in modern history.

"The Haitian government condemns in the strongest terms these abhorrent and obnoxious remarks which, if proven, reflect a totally erroneous and racist view of the Haitian community and its contribution to the United States," it said.

Trump was in a closed meeting with members of Congress to discuss immigration on Thursday when he reportedly questioned why the U.S. would accept more people from Haiti and "shithole countries" in Africa, rather than places like Norway.

At first the White House did not deny that the remark was made. On Friday the president tweeted that his language was "tough" but insisted he did not say anything derogatory about Haiti aside from noting it's a poor country.

Haitians at home and abroad were stunned, and Internet message boards and radio stations were flooded with angry and anguished comments.

"It's shocking he would say it on the anniversary," said 28-year-old Natacha Joseph, who was selling rice and beans from a basket near the general hospital in downtown Port-au-Prince. "I will ask Jesus to protect Haiti from the devil, and Trump is the devil."

Motorcycle taxi driver Jean-Paul Maxon said he was angry that the president seemed to be unaware of Haiti's proud history as the first independent country founded by freed slaves.

"Trump will not last in office," Maxon said. "He attacked the wrong nation."

The government statement also pointed to history, noting that Haitian soldiers fought on the American side against the British in the Revolutionary War and in the War of 1812.

"The relationship between the two countries has been strengthened by the fact that millions of sons and daughters of Haiti have contributed and will continue to contribute to the prosperity and greatness of America," it said.

"Mr. Trump spits on the assassination of this black American icon, as well as on a whole generation of young people, black and white, who gave their lives in the civil rights movement," he said.

The United States and Haiti have long been closely intertwined. President Woodrow Wilson dispatched U.S. Marines to invade the Caribbean country in 1915 after its president was assassinated. A repressive occupation lasted until 1934. In more recent times, the U.S. supported the brutal dictator "Papa Doc" Francois Duvalier as well as the son who succeeded him until he in turn was ousted.

In the 1990s, U.S. intervention helped bring Jean-Bertrand Aristide, the country's first democratically elected president, back to power after he was ousted in a coup, but then supported his removal in a rebellion in 2004.

After the Jan. 12, 2010 earthquake, the U.S. came to Haiti's assistance and was the largest provider of aid. But that support was also a source of frustration since much of the money was spent on U.S. troops that responded to the immediate aftermath and later aid focused on long-term projects that appeared to have little to do with the disaster, such as the development of an industrial park in the north of the country, far from the earthquake zone.

The magnitude 7.0 earthquake, which killed an estimated 300,000 people and displaced more than 1 million, was on the minds of many as Moise and others prepared for a solemn memorial on Friday to mark the anniversary.

The president was expected to lay a wreath at a mass grave where many victims were buried. But government officials were also expected to meet with the highest-ranking U.S. diplomat in the country for an explanation of Trump's reported remarks.

Former Prime Minister Laurant Lamothe said Trump showed "a lack of respect and ignorance" not previously shown by a U.S. president and "the world is witnessing a new low today."