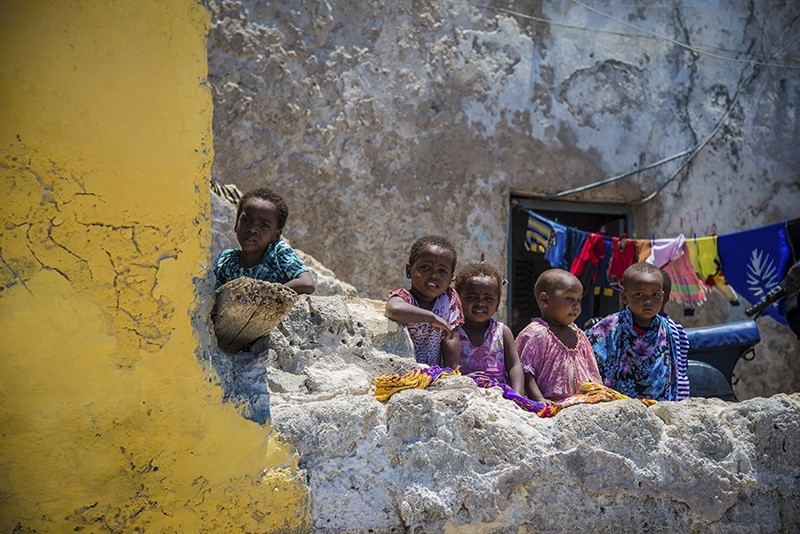 In a report, the HRW regional office based in the Kenyan capital Nairobi said it had spoken to Somalis who have complained that the militants have asked for their children -- boys and girls -- in recent months for military training and indoctrination.

"Since late September 2017, al-Shabab has ordered elders, teachers in religious schools and communities in rural areas to provide hundreds of children as young as eight, or face attack," HRW said in a statement noting that the child recruitment exercise started in mid-2017.

Despite hundreds of children escaping capture by the terrorist group, thousands have been recruited as frontline fighters.

A resident who spoke to HRW said that in their area of Burhakaba district - northwest of Mogadishu -- 50 boys and girls were forcibly taken to a training facility.

When the militants returned to the area, "they wanted 25 children ages eight to 15. They didn't say why, but we know that it's because they want to indoctrinate them and then recruit them. After they hit me, some of the children started crying and tried to run out of the classroom. But the fighters were all around. They caned a 7-year-old boy who tried to escape," a teacher told HRW.

Laetitia Bader, senior Africa researcher at Human Rights Watch said: "Al-Shabab's ruthless recruitment campaign is taking rural children from their parents so they can serve this militant armed group, to escape that cruel fate, many children have fled school or their homes."

"The group should immediately stop abducting children and release all children in their ranks. The Somali government should ensure these children are not sent into harm's way." Bader added.

The militant group has been wreaking havoc in the Horn of Africa region. On Jan. 15, 2016, the militants killed over 100 Kenyan soldiers during the El-Adde military base attack. In April 2015, the militants carried out their bloodiest attack on Kenya's Garrisa University where they killed at least 148 students.