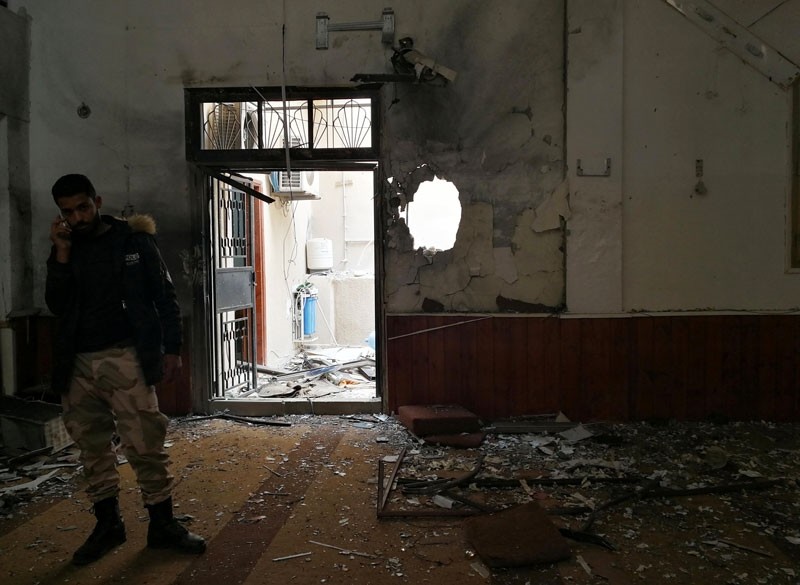 A member of the Libyan National Army speaks on a mobile phone inside a mosque damaged in a twin bombing in Benghazi, Libya February 9, 2018 (Reuters Photo)
by Compiled from Wire Services Feb 09, 2018 12:00 am

Libyan officials say twin bomb explosions at a mosque in the city of Benghazi have killed at least two people and wounded 75 others.

Agouri said the bombs were planted in separate rooms inside the mosque.

The devices appear to have been activated remotely using a mobile phone, one military source said.

Two weeks ago, around 35 people were killed by a twin bombing at a mosque in the same city.

Libya fell into chaos following the ouster and killing of longtime dictator Moammar Gadhafi in 2011, and since 2014 it has been split between rival governments and parliaments based in the western and eastern regions, each backed by different militias and tribes.

Daesh terrorists had established footholds amid the disorder but have been mostly driven out of the main cities.

Benghazi remains a trouble spot, where bombings and attacks still occur. The city has seen fighting between forces loyal to local strongman Khalifa Hifter, a former U.S.-based Libyan opposition member who leads remnants of Libya's National Army in the east, and militia opponents.