Millions of East African children at risk of quitting education due to drought, conflict: report 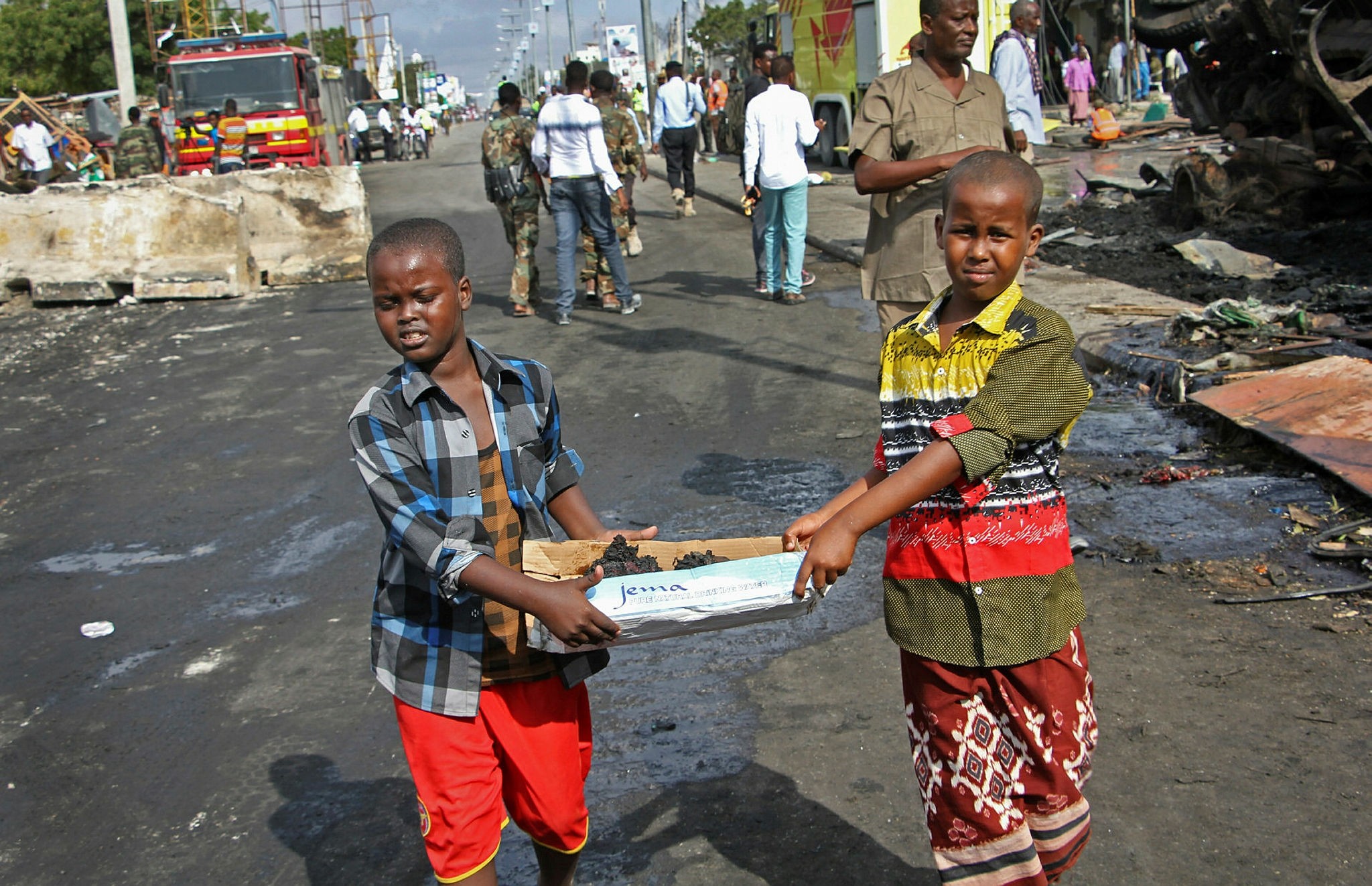 In this 2017 file photo, Somali children assist other civilians & security forces in their rescue efforts by carrying away unidentified charred human remains in a cardboard box, to clear the scene of the previous day's blast, in Mogadishu. (AP Photo)
by Anadolu Agency Feb 15, 2018 12:00 am

Nearly 5 million children across East African countries risk dropping out of schools due to drought and conflict, Save the Children said in a new report Thursday.

In the report posted on its official website, the organization said 4.7 million school-going children in South Sudan, Somalia, Ethiopia and Kenya were affected by dire situations in their home countries.

"If 12,000 children drop out of school every single day this year, this region will lose an entire generation of children who not only won't reach their potential but will face grave dangers to their health and well-being."

"No child should miss out on their right to an education," David Wright, regional director of the body, said in a statement.

The report also said children out of school were exposed to early marriages, child trafficking and violence.

It added that around 21 million people across South Sudan, Somalia, Ethiopia, and Kenya are currently facing food insecurity.