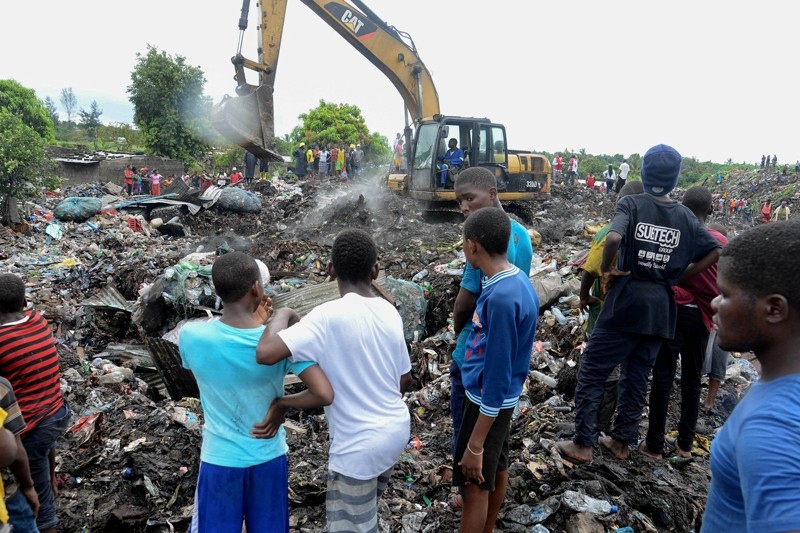 At least 17 people were killed when a rubbish mound collapsed in a poor district of Mozambique's capital Maputo, crushing several nearby homes, emergency services said.

Torrential rain is thought to have caused the loose waste to shift and crash down on the shacks, trapping the occupants who were sleeping at the time of the incident on Sunday night.

Mozambique's emergency service warned there could be more victims, trapped under the vast waste pile which is located in the Hulene district of the capital.

"The information we received from local authorities is that the number of people living in those houses exceeds the number of deaths recorded, so work is still ongoing to see if there are any other deaths," said spokesman Leonilde Pelembe.

The rubbish mound destroyed five homes and rescue teams were still searching through the wreckage to find survivors, he added.

"I live in this neighborhood because I have nowhere to go. Had the government told me to go to another place to live, I would have left here," said local resident Maria Huo.

Her family home was partially destroyed and her son injured in the landslide, she said.

"It's been more than 10 years that the dump should have been closed because it's full -- but they still continue to pile trash on the trash. The consequence is this," said Teresa Mangue, a neighborhood leader.

"The mountains of garbage collapsed on the houses and many families were still inside these residences," Fatima Belchoir, a national disaster official, told Lusa. Authorities are trying to help people who lost their homes, she said.

The Hulene garbage dump is the largest such facility in Maputo. People often comb through the garbage, searching for food and items to sell.

Health workers have long raised concerns about the impact of the fumes, flies and other hazards of the dump on the surrounding community. Municipal officials have previously discussed the closure of the dump.

Heavy rain has been falling on Maputo since Sunday causing damaging homes and deluging roads and schools.