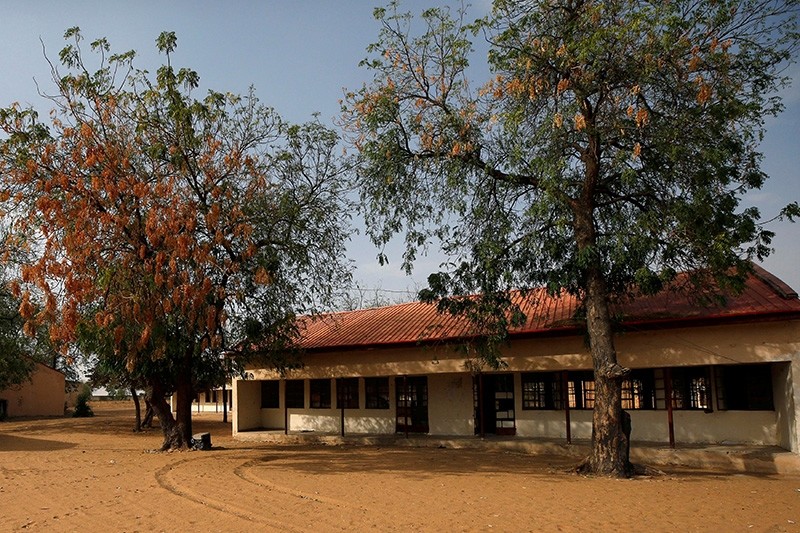 A view shows the Government Girls Science and Technical College in Dapchi, in the northeastern state of Yobe, Nigeria Feb. 23, 2018. (Reuters Photo)
by Daily Sabah with Agencies Mar 21, 2018 12:00 am

Witnesses say Boko Haram militants have returned 101 girls who were abducted from their Nigeria school a month ago, but not without issuing an ominous warning to the girls' parents.

Information and Culture Minister Alhaji Lai Mohammed could not confirm the whereabouts of the remaining nine girls, but said those who were freed had been identified.

Residents of the northeast Nigerian town of Dapchi said the girls were returned by men they thought were fighters from the terrorist Boko Haram group. The freed girls and their relatives said five girls died in captivity and one was still held by the group.

A witness in the town told The Associated Press that the fighters told residents they had returned the girls "out of pity."

"And don't ever put your daughters in school again," they warned.

Boko Haram translates as "Western education is forbidden" in the local Hausa language.

The Nigerian government said the release of the girls came after backdoor negotiations with the terrorist group.

Information and Culture Minister Alhaji Lai Mohammed said in a statement that the Nigerian government had agreed with Boko Haram on a "non-violent approach" to the girls' release, resulting in a group of militants returning them in a vehicle convoy.

"An operational pause was observed in certain areas to ensure free passage and also that lives were not lost," said Mohammed.

The kidnapping on Feb. 19 of the girls, aged 11-19, was the biggest mass abduction since Boko Haram took more than 270 schoolgirls from the town of Chibok in 2014 – a case that triggered international outrage.

Their release comes a day after an Amnesty International report accused the Nigerian military of failing to heed warnings of the attack. The military has called the report an "outright falsehood."

The Dapchi abduction has piled pressure on President Muhammadu Buhari, who came to power in 2015 promising to crack down on Boko Haram's 5-year-old insurgency and could face the voters again next year.