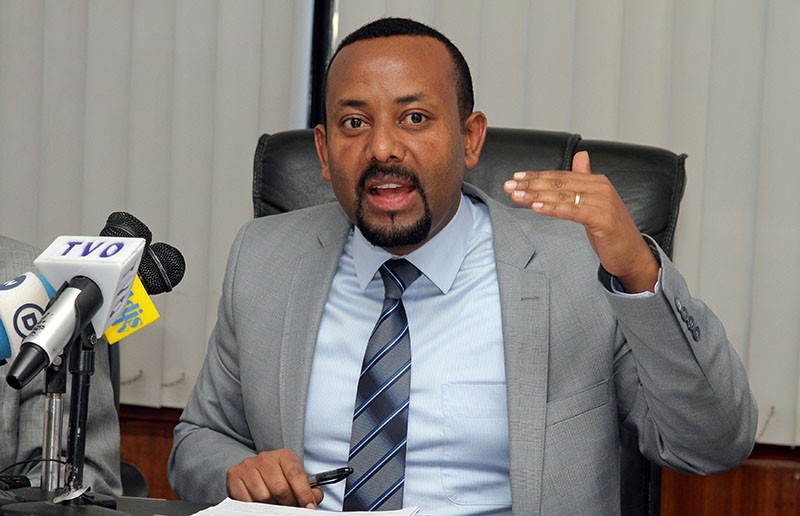 Ethiopia's parliament swore in Abiy Ahmed as prime minister on Monday with a mandate to implement democratic reforms aimed partly at defusing ethnic tensions in the Oromiya province from which the former army lieutenant general hails.

The ruling coalition picked last week young and outspoken Abiy, who was the head of the Ministry of Science and Technology, to replace Hailemariam Desalegn who quit to clear the way for reforms.

Oromiya, which surrounds the capital Addis Ababa, has been rocked by violence since 2015. This is fueled largely by a sense among young members of the Oromo ethnic group, which makes up roughly a third of Ethiopia's 100 million population, that they are politically and economically marginalized.

Abiy, 42, took the oath of office in a ceremony at the House of People's Representatives in Addis Ababa.

"Today is a historic day. We bear witness to a peaceful transfer of power. Today our situation presents us with opportunities and threats. Today we are in the midst of uncertain times," Abiy said in a speech to parliament.

In his address, Abiy said he aims to open up a fresh dialogue with arch-foe Eritrea and also called upon the Ethiopian diaspora to actively take part in politics.

He also hinted his administration would provide more space for opposition parties.

The ruling Ethiopian People's Revolutionary Democratic Front (EPRDF) has been in power since 1991, when it took over from the Derg military regime. But the protests and unrest in Oromiya have posed the biggest ever threat to its continued rule.

Abiy's Oromo heritage appears to be a calculated attempt to soothe tensions in his home region. He is the first Oromo politician to become Ethiopia's prime minister.

Tens of thousands were also jailed. But in the run-up to Haliemariam's resignation last month, more than 6,000 prisoners had been freed as the government struggled to calm discontent. It is unclear how many remain in jail.

Prominent opposition leader Merara Gudina expressed cautious optimism over Abiy's election, saying the future of Ethiopia's peace and stability depends on the policies of the incoming leader and his party.

"What he aims to achieve depends on what his party allows him to do," Merara said, adding that Abiy was elected by Ethiopia's ruling party and not directly by the population through a general election. "But still it goes without saying that a change in personalities within the leadership may bring changes in terms of bringing better ideas that may ultimately lead to national reconciliation."

Abiy will be Ethiopia's third prime minister since the Derg was overthrown in 1991.

Ethiopia, which is Africa's second most populous nation and also has had the continent's fastest growing economy over the past decade, has been under a state of emergency since Feb. 16, the day after Hailemariam resigned.

On Saturday, Ethiopian officials said that more than 1,000 people have been detained since the latest emergency rule was put in place.