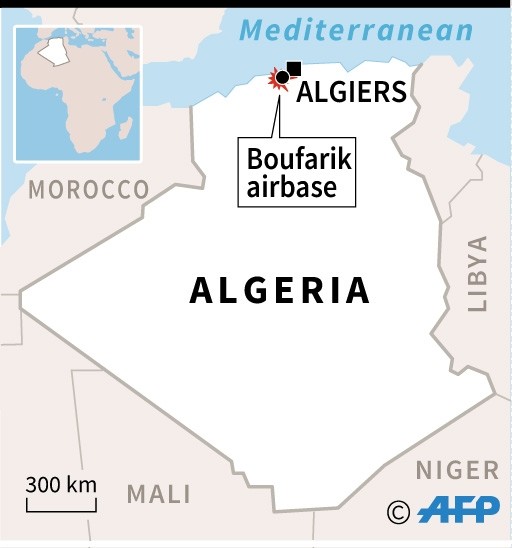 A total of 257 people were killed when a military plane carrying soldiers crashed soon after takeoff in a farm field in northern Algeria on Wednesday, Algerian state TV said.

The cause of the crash was unclear, and an investigation has been opened, according to a Defense Ministry statement.

Local media reported that the plane crashed just after taking off. Emergency services converged on the area near the Boufarik military base after the crash. Footage from the scene showed thick black smoke coming off the field, as well as ambulances and Red Crescent vehicles arriving at the site. 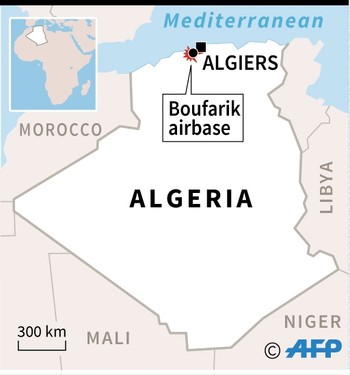 "There are more than 100 deaths. We can't say exact how many at this point," Mohammed Achour, chief spokesman for the civil protection agency, told The Associated Press.

He said the plane was carrying soldiers. The Defense Ministry did not provide a death toll but expressed condolences to the victims' families.

The flight had just taken off from Boufarik, about 30 kilometers (20 miles) southwest of the capital Algiers, for a military base in Bechar in southwest Algeria, Achour said. It was scheduled to make a layover in Tindouf in southern Algeria, home to many refugees from the neighboring Western Sahara, a disputed territory annexed by Morocco.

Victims of an Algerian military plane crash on Wednesday include 26 members of the Western Saharan Polisario independence movement, an official in Algeria's ruling FLN party said.

FLN Secretary General Djamel made the comment to private broadcaster Ennahar TV but gave no total death toll in the crash, which happened outside Algiers.

The Soviet-designed Ilyushin-76 military transport plane crashed in an agricultural zone with no residents, Achour said.

The Il-76 model has been in production since 1970s and has an overall good safety record. It is widely used for both commercial freight and military transport.

The Algerian military operates several of the planes.

In February 2014, 77 people died when a military plane carrying army personnel and family members crashed between Tamanrasset in southern Algeria and the eastern city of Constantine.

In July 2014 an Air Algerie passenger plane flying from Burkina Faso to Algiers crashed in northern Mali, killing all 116 people on board including 54 French nationals.