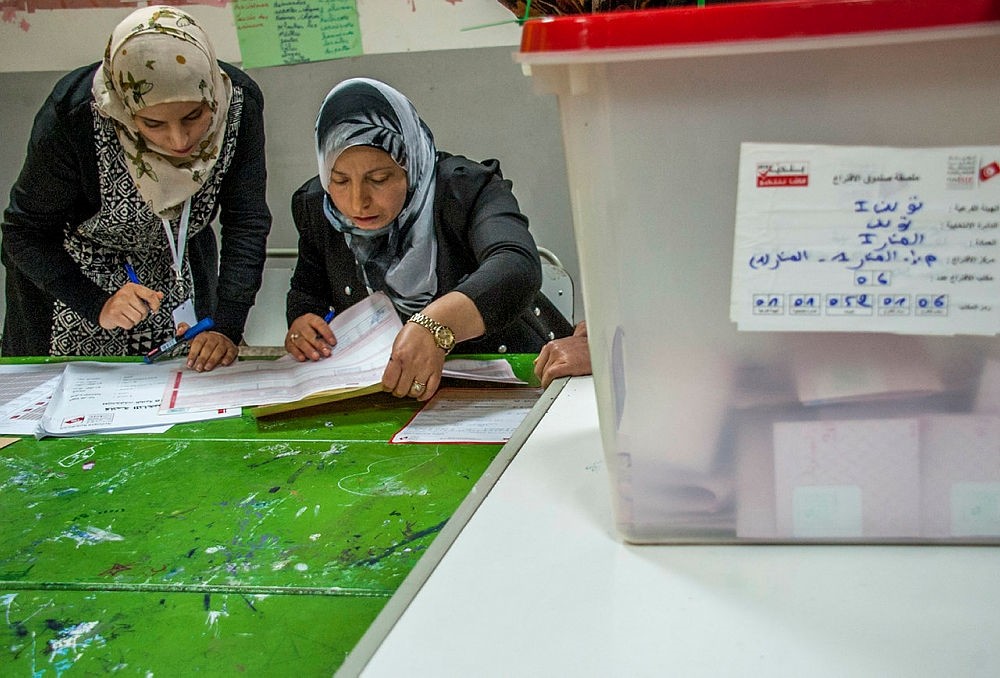 With 27.5 percent of the votes, Tunisia's Ennahda party claimed victory late on Sunday in the country's first free municipal elections, a key step in a democratic transition marred by economic disappointment.

According to the unofficial results, Nidaa Tounes party, the second largest political party with 55 deputies in the parliament, ranked second in the elections with 22.5 percent of the votes.

Ennahda and Nidaa Tounes are also coalition partners in the national government. They were expected to dominate the long-delayed polls, which will see officials elected in 350 municipalities for the first time since a 2011 uprising ended decades of authoritarian rule.

Top Ennahda official Lotfi Zitoun said: "This result is a reward for the new tolerant and democratic Ennahda ... Ennahda which searched for consensus."

Tunisia has been hailed as the only democratic success of the Arab Spring, because it toppled long-serving autocrat Zine El Abidine Ben Ali without triggering major violence. Local elections are seen as the next step in the democratic transition process in the country.

However, it has struggled with persistent political, security and economic problems as well as corruption since the revolution, and turnout was just 33.7 percent of the 5.3 million eligible voters in Sunday's poll. The country was hit by a wave of protests at the start of the year over a new austerity budget introduced by the government. Young voters were markedly absent from polling stations in the capital Tunis, resisting offers of discounts from bars and a clothing brand to people with ink-stained fingers proving they had cast ballots.

More than 57,000 candidates, half of them women and young people, ran for office in Tunisia's 350 municipalities. Around 60,000 police and military personnel were mobilized for the polls, while Tunisia remains under a state of emergency, imposed in 2015 after a string of deadly terrorist attacks.

A total of 179 polling stations across the country were closed due to "security" in accordance with the advice of the commission.

Official results are expected to be announced by May 9.