At least 46 migrants dead after boat sinks off Tunisian coast 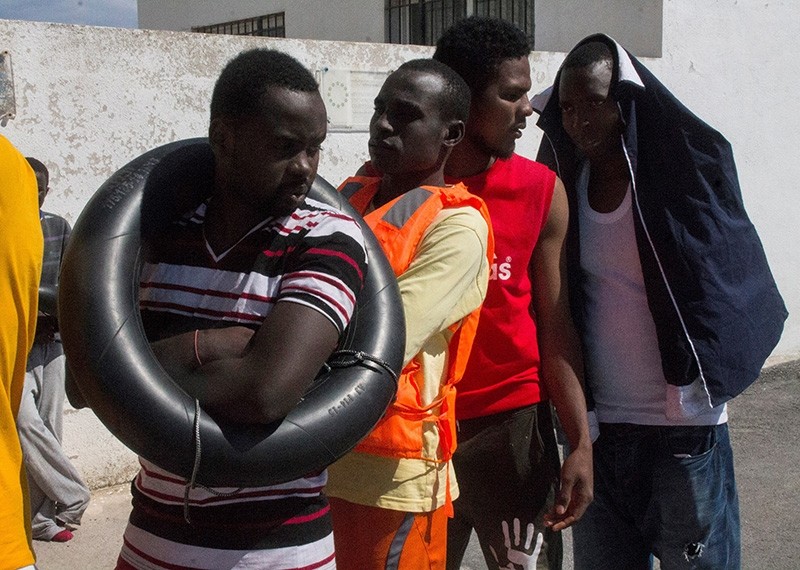 Arrival of sub-Saharan migrants at Motril's port after being rescued from two dinghies by Maritime Salvage near the Alboran island in Andalusia, Spain, June 2, 2018. (EPA Photo)
by Daily Sabah with AFP Jun 03, 2018 12:00 am

The interior ministry reported a distress call on Saturday night at 10:45 pm from "a fishing boat about to sink" with migrants on board.

Tunisians and seven foreigners were among the survivors, including nationals from Ivory Coast, Mali, Morocco and Cameroon, said the defense ministry spokesman.

"The coastguard and the navy continue their search with the support of a military plane," the interior ministry said in a statement.

Tunisians and migrants regularly try to cross the Mediterranean to seek a better future in Europe, but departures peaked last September.

According to non-governmental organizations, the uptick reflected frustration among young people hard hit by unemployment.

In October, a collision between a migrant boat and a Tunisian military ship left at least 44 dead, in what Prime Minister Youssef Chahed called a "national disaster."