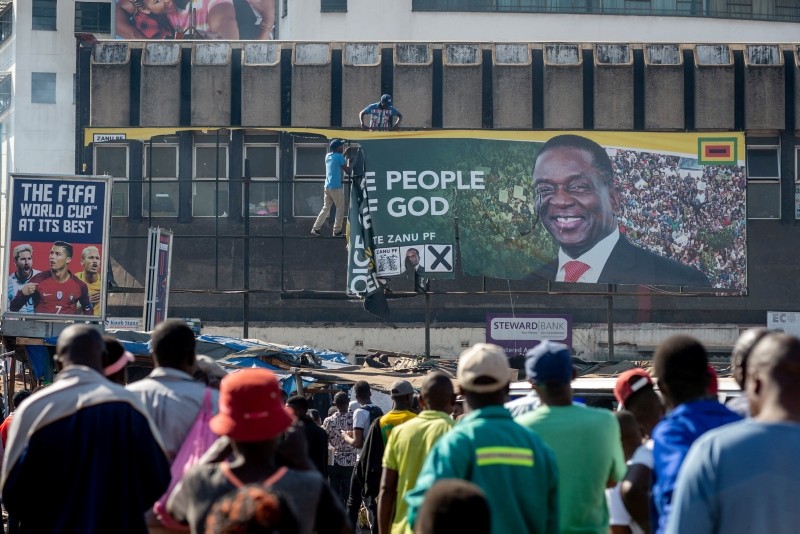 The chairman of Zimbabwe's opposition Movement for Democratic Change (MDC) said on Friday the party rejected the results of the country's presidential election minutes before President Emmerson Mnangagwa was declared the winner.

Morgen Komichi made the impromptu televised statement at the Zimbabwe Electoral Commission, where the results were being announced. He said the MDC could not verify the results before being removed by police.