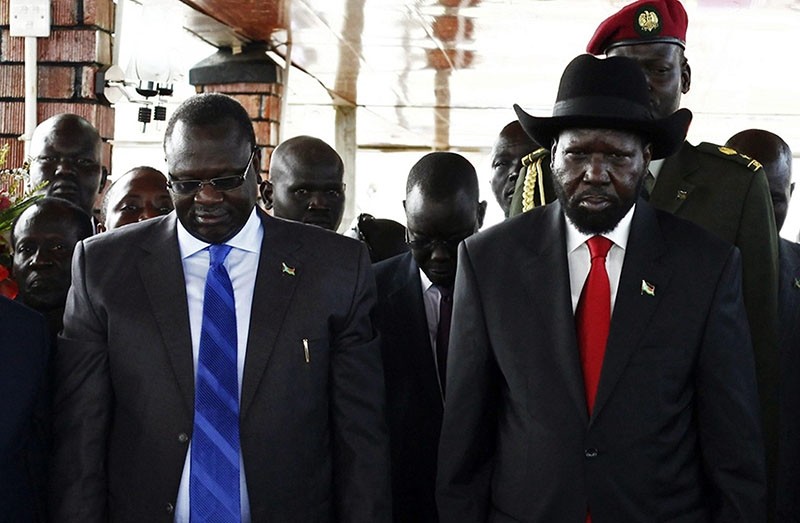 South Sudan rebel chief Riek Machar on Tuesday refused to sign a final peace deal with the government that aims to end a brutal civil war, a Sudanese mediator said.

"The main South Sudanese opposition groups, including the SPLM-IO (Machar faction), refused to sign the final document demanding that their reservations be guaranteed in it," Sudanese Foreign Minister Al-Dierdiry Ahmed told reporters.

The warring South Sudanese parties have held weeks of talks in Khartoum in search of a comprehensive peace deal to end the conflict that has killed tens of thousands of people and displaced millions in the world's youngest country since it erupted in December 2013.

Machar and his arch foe, South Sudanese President Salva Kiir, have already inked several agreements, including a permanent ceasefire and a power-sharing deal, but on Tuesday the rebel leader refused to sign the final document.

"For the first time, the opposition told us that it will not sign," Ahmed said, showing the draft text to reporters and diplomats who had gathered for what was expected to be a preliminary signing ceremony in the Sudanese capital.

"South Sudan will not have peace unless these groups sign."

The Sudanese minister said the opposition's refusal to sign spelled the end of the current Khartoum talks.

"This was the last round of negotiation," Ahmed said, adding that the mediators will submit the final text to the East African regional bloc IGAD which has led the South Sudan peace push.