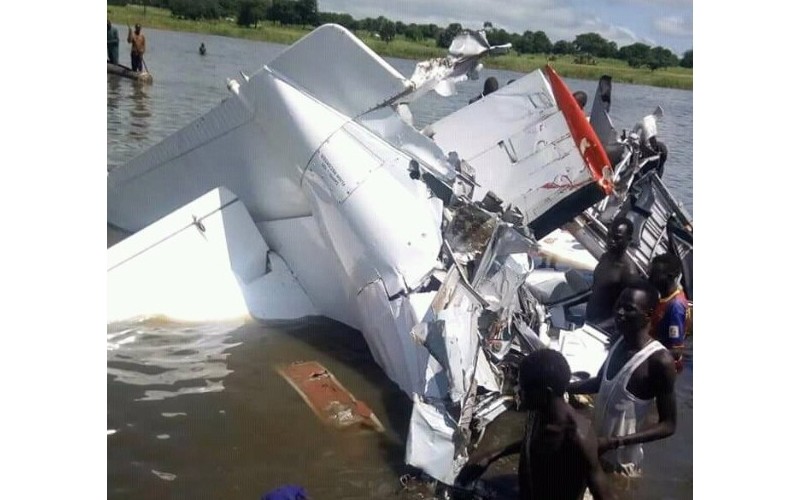 | Photo by @RadioMiraya (Twitter)
by Compiled from Wire Services Sep 09, 2018 12:00 am
A commercial plane crashed into a lake in South Sudan on Sunday and killed 20 people, a local official said.

The 19-seater commercial Baby Air plane had been traveling from the capital, Juba, the minister of information for the town of Yirol, Taban Abel Aguek, told The Associated Press.

Officials were investigating the cause of the crash.

Among the dead were at least three children, authorities said.

The three survivors are a 6-year-old child, an adult man and an Italian doctor with an aid organization who was in surgery and in serious condition, Aguek said.

"There were people everywhere," the official said of the crash site.

Yirol is in the central part of the civil war-torn East African country.

Several crashes have occurred in war-torn South Sudan in recent years. In 2017, four passengers were injured after bad weather caused their plane to crash into a fire truck upon landing and burst into flames.

In 2015, dozens of people were killed when a Russian-built cargo plane with passengers on board crashed after taking off from the airport in Juba.