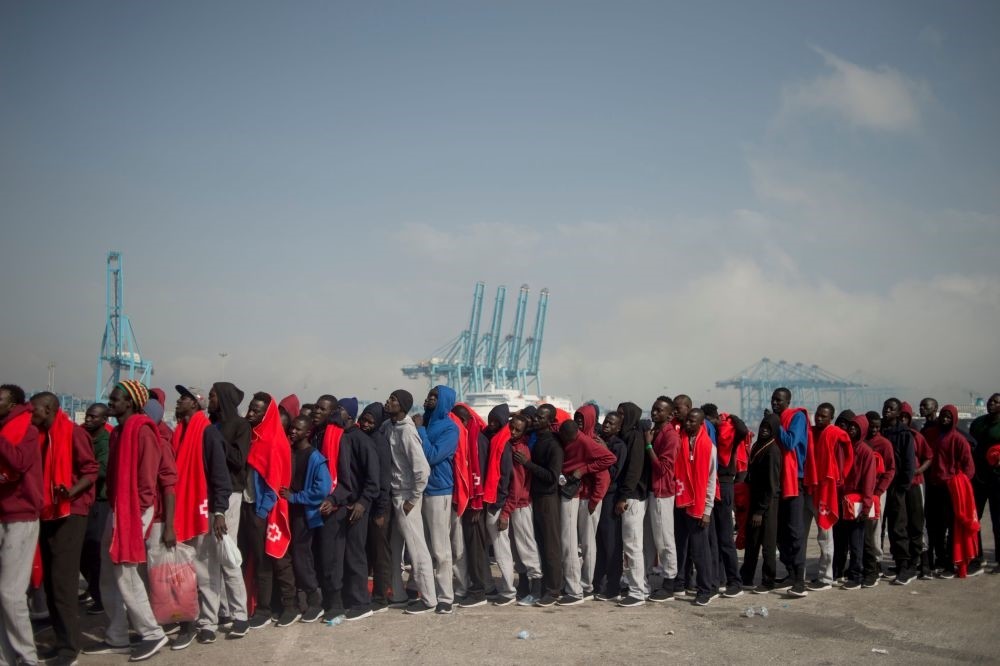 Comparing the situation in northern Africa and the Mediterranean to that along the U.S. border with Mexico, President Trump urged Spain to build a wall across the Sahara desert to stem migration flow

According to Borell, when he told Trump that the Sahara desert stretched for more than 4,800 kilometers, the U.S. president shrugged off his skepticism, saying: "The Sahara border can't be bigger than our border with Mexico." For Sahara, a wall would involve building through several countries as the desert spreads over parts of 11 countries, including Algeria, Chad, Egypt, Eritrea, Libya, Mali, Mauritania, Morocco, Niger, Sudan and Tunisia.

Building a wall on 3,145-kilometer U.S.-Mexico border was one of the highlights of Trump's 2016 presidential campaign. "Build the wall!" was a frequent rallying cry during Trump's bid for presidency. Trump's proposed wall could cost up to $20 billion according to some estimates. Trump isn't the only one who wants to build a wall. European countries, including Austria, Bulgaria, Greece, Hungary, Macedonia and Slovenia, have already built at least 800 miles of fences to cope with the migrant flux to Europe. In addition, Israel has built a steel-and-concrete barrier along its border with the occupied West Bank, which it says is to prevent militants crossing into Israel. Palestinians see the barrier, which has drawn international condemnation, as a land grab.

The Spanish minister revealed the incident during a dinner ceremony in Madrid this week, offering no further details of his conversation with Trump. The reported comments come as EU leaders are locked in talks in Salzburg over how to deal with the number of migrants arriving in Europe.

Spain has become the main entry point for migrants arriving this year, after Italy and Greece. To date, Italy and Greece have recorded the largest number of migrants crossing the Mediterranean to reach the European Union. But with the route through Libya shutting down as the Libyan coast guard increases patrols, people smugglers are setting their sights westward. More than 22,000 people made the crossing in 2017, while so far this year more than 15,000 have reached Spain by sea, according to figures from the UNHCR, the U.N. refugee agency.

Morocco is, like other North African countries, a departure point for African migrants heading in makeshift boats for Europe. Migrants increasingly are using the North African kingdom as a jumping-off point to Spain, either crossing the Strait of Gibraltar from Tangiers on rickety boats or even jet skis or climbing high fences to reach two Spanish enclaves in Morocco, Melilla and Ceuta. Most have started out from countries in sub-Saharan Africa, entering Morocco along its 1,560 kilometer-long land border with Algeria. But North Africans and Moroccans also are among the multitudes hoping to make new lives in Europe.