Around 30,000 migrants stuck in limbo in Niger 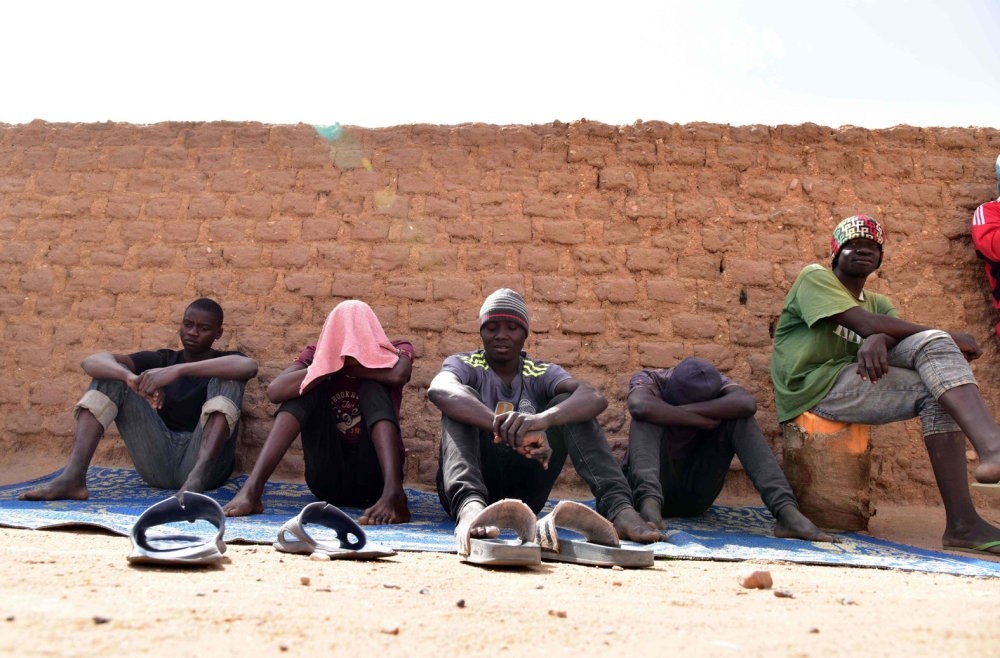 Efforts to fortify Europe's borders have left thousands of migrants stuck in Limbo in Niger, where they face deteriorating humanitarian conditions

As one of the poorest countries in the world, Niger hosts more than 30,000 migrants who have fled from war or conflict, as they got stuck in limbo, waiting a green light from the European Union. However, Europe's ongoing attempts to stem the flow of people crossing from the North African coast has resulted in worsening humanitarian conditions for them.

Niger has been cited as one of the countries that could host migrant processing centers, but whether it will be able to take on the mammoth task is far from certain.

Niger is a country of transit for migrants seeking to reach Europe by boat from Libya and the country's President Mahamadou Issoufou is an ally of the West in its fight against militants based in Mali and Nigeria. Southern Niger, which borders Nigeria, has been the target of frequent deadly raids by Boko Haram militants. It also shares borders with Burkina Faso and Mali to the west, where al Qaeda-linked groups are active. Libya, home to Islamic State affiliates, lies on its northern border.

Traffickers in Niger are taking African migrants dreaming of reaching Europe on more dangerous routes through the Sahara desert in order to avoid detection after a government crackdown on smuggling, the U.N. migration agency said on Tuesday.

The International Organization for Migration (IOM) said it had rescued 1,000 migrants since April in Niger's north desert, a transit point to Libya, from where more than 600,000 people have set out on flimsy boats for Europe in the past four years.

Fewer smugglers are setting off from the Nigerien city of Agadez, a smuggling hub until the European Union last year bankrolled a clampdown – and are now taking more treacherous routes through the Sahara, far away from water sources and basic services, the IOM said. More migrants may die in the Sahara than in the Mediterranean, says the migration tracking group 4Mi. Dozens have died of thirst in Niger's desert north in recent months, while hundreds of others have been rescued by authorities.

In all, around 56,000 refugees and asylum-seekers are registered with the U.N. in Libya and neighboring Niger, which have accepted millions of euros in exchange for European promises to evaluate a portion of that number for resettlement.

Would-be workers and migrants are still pouring into Libya: Some are fleeing injustice, abuse or autocrats in their home countries further south in Africa. Others are looking for work in the oil industry or agriculture.

The IOM and the European Union are intensifying efforts to return African migrants home, after thousands have died making the dangerous crossing to Europe across the Mediterranean in overcrowded boats. Many get stuck before ever reaching Africa's northern coast, either in Libya, where they suffer slavery and abuse at the hands of militias, or Algeria.