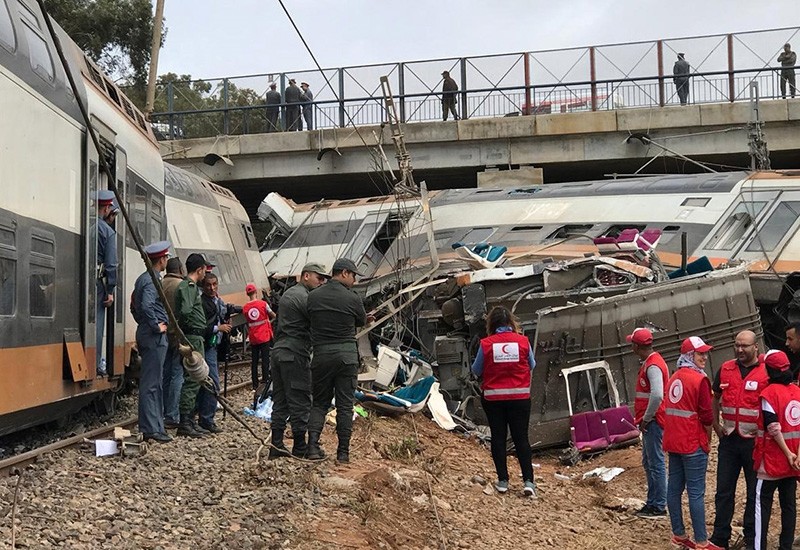 A train derailed near the Moroccan capital killing at least six people and injuring more than 70 others on Tuesday, public television 2M said.

An AFP photographer at the accident scene said rescue workers were working to retrieve bodies from the overturned train.

Images on social media showed carriages hurled across the tracks.

The crash occurred around 20 kilometers (12 miles) north of Rabat between the towns of Kenitra and Sale, local media said, leaving the driver among the dead.

The kingdom's national railway company ONCF was not immediately available for comment.