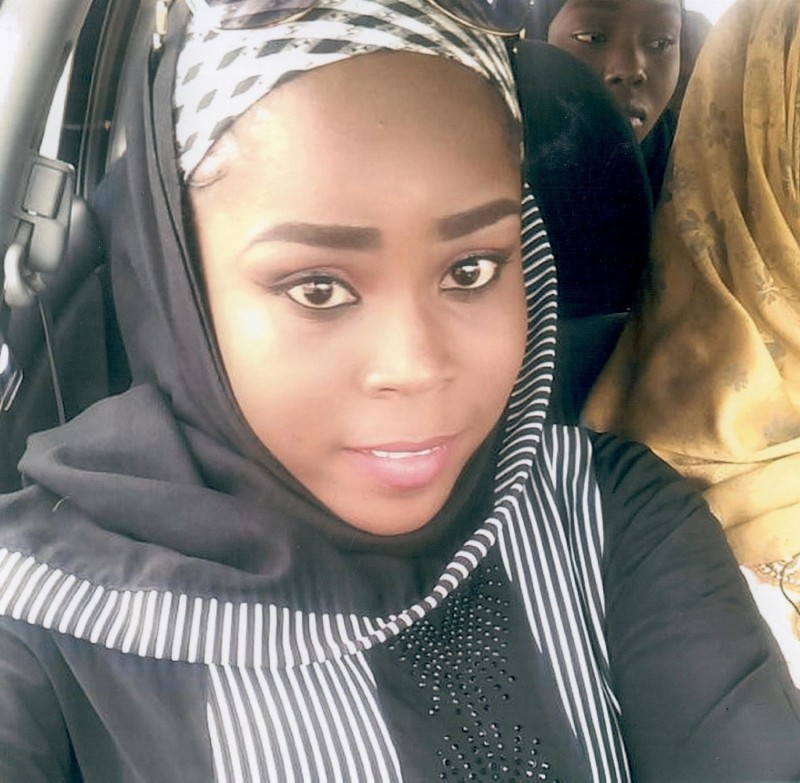 Medical worker Hauwa Mohammed Liman, who was held hostage by Boko Haram militants in Nigeria since March, is pictured in this handout photograph obtained by Reuters on October 14, 2018. (Reuters Photo)
by Associated Press Oct 16, 2018 12:00 am

Boko Haram militants have killed an abducted health worker that had been working as a midwife in a hospital in Nigeria despite an urgent plea from the International Committee of the Red Cross (ICRC) to let her go, the organization said Tuesday.

"It's utterly devastating that we have to write that sentence," the ICRC said in a statement, calling the killing "a despicable act of cruelty."

The 24-year-old Hauwa Mohammed Liman had been working as a midwife in a hospital supported by the ICRC. Her death comes a month after a health worker abducted with her was killed by the same group, the largest terror group in Africa. A third female health worker remains captive.

"The news of Hauwa's death has broken our hearts," ICRC's regional director for Africa, Patricia Danzi, said. "We appealed for mercy and an end to such senseless murders. How can it be that two female health care workers were killed back-to-back? Nothing can justify this."

The ICRC, which does not pay ransoms, has said it was not directly involved in discussions on the militants' demands. On Sunday it issued a plea saying "we urge you for mercy" and noted that a 24-hour deadline was counting down.

The statement by Nigeria's information minister said "the federal government did all within its powers to save her life" and had kept the "line of negotiations" open since the abductions. The government said it was "shocked and saddened" and would continue to work for the safe release of other captives.

The three health workers were seized in March in the northeastern community of Rann, where thousands have sought shelter from the terrorist threat that includes the Nigeria-based Boko Haram insurgency. They were praised for volunteering to work in a dangerous area while many others fled or chose to remain in safer communities.

Liman was "full of life" and "truly dedicated to her work helping vulnerable women," the ICRC said.

The killing in September of Saifura Hussaini Ahmed Khorsa also led to outrage. Still held captive is Alice Loksha, a nurse who worked at a center supported by the U.N. children's agency.

The same terror organization also is holding Leah Sharibu, a student seized in a mass abduction in February. She remains captive while more than 100 of her fellow students were released because she is Christian. Her mother in recent weeks has said her life was in danger.

"We urge the group holding Alice and Leah to release them safely," the ICRC's Danzi said.

Nigerian President Muhammadu Buhari, who declared that defeating terrorism was a top priority when he took power in 2015, last week sent three Cabinet ministers to meet with the families of Sharibu and the abducted health workers, his office said.

Buhari had called the killing of Khorsa "an act of extreme barbarism; utterly reprehensible and inhuman."