Half of Ethiopia's new cabinet women, including Muslim defense minister 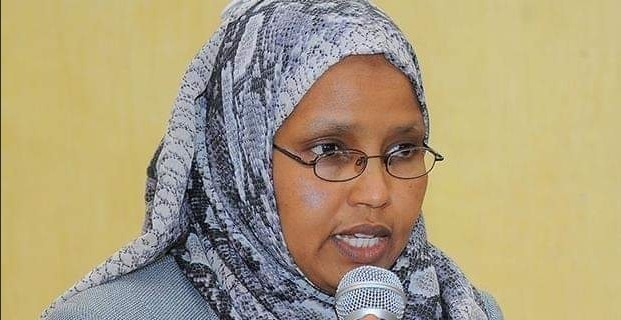 Five of the 20 cabinet members are Muslim, an underrepresented group that makes up a third of the country. That includes the new Defense Minister Aisha Mohammed Musa from the predominantly Muslim Afar region.

Another Muslim woman, former House speaker Muferiat Kamil, will lead the new Ministry of Peace at a time when Africa's second most populous country faces sometimes violent ethnic tensions as the wider political freedoms are explored.

"Our women ministers will disprove the old adage that women can't lead," Abiy said while presenting his choices. "This decision is the first in the history of Ethiopia and probably in Africa."

Ethiopia has faced sweeping political and economic reforms since the 42-year-old prime minister took office in April after months of anti-government protests and made pledges that include free and fair elections.

The Horn of Africa power joins a handful of countries, mostly European, where women make up 50 percent or more of ministerial positions, according to the Inter-Parliamentary Union and U.N. Women. French President Emmanuel Macron and Canadian Prime Minister Justin Trudeau in recent years unveiled "gender-balanced" Cabinets.

Under Kamil's leadership, the Ministry of Peace will oversee the powerful National Intelligence and Security Service, the Information Network Security Agency, the Federal Police Commission and the Finance Security and Information Center, Abiy's office confirmed Tuesday.

This 20-member Cabinet, trimmed from 28 posts, is the second named since Abiy took office in April. The first was criticized for the low number of female ministers.

Another Muslim member of the cabinet is Finance Minister Ahmed Shide, who comes from the country's underrepresented Somali region. Minister of Health Amir Aman and Minister of Agriculture Omer Husen are also Muslims.

Ethiopia has long been considered a patriarchal society and it "suffers from some of lowest gender equality performance indicators in sub-Saharan Africa," U.N. Women has said. "Women and girls in Ethiopia are strongly disadvantaged compared to boys and men in several areas, including literacy, health, livelihoods and basic human rights."

Several African nations have had female defense ministers including South Africa, Central African Republic, Kenya and Guinea-Bissau. And Rwanda has received international recognition for female representation in government, with women making up 43 percent of its Cabinet and 61 percent of parliament members.

Recent efforts have been made in Ethiopia to show women in more prominent posts. Ethiopian Airlines, which calls itself Africa's largest carrier, has publicized all-female flight crews.

Separately, Ethiopian Airlines announced Tuesday it would start flying to the Somali capital Mogadishu on Nov. 2 for the first time in four decades.

"Our flights will quickly grow to multiple daily flights given the huge volume of traffic between the two sisterly countries and the significant traffic between Somalia and the rest of the world," the airline's CEO, Tewolde Gebremariam, was quoted as saying by Fana.