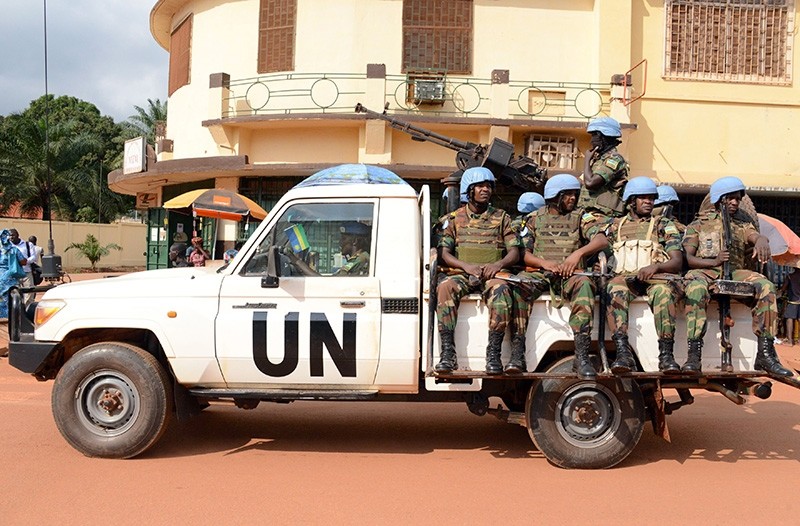 Seven U.N. peacekeepers were killed and 10 wounded in a military operation with Congolese forces against rebels in northeastern Democratic Republic of Congo, which is facing a deadly Ebola outbreak, the United Nations said Thursday.

"Our peacekeeping colleagues tell us that six peacekeepers from Malawi and one from Tanzania who are part of the U.N. peacekeeping operation in the DRC ... were killed yesterday, in Beni territory, in North Kivu," U.N. spokesman Stephane Dujarric told reporters in New York.

The U.N. spokesman declined to give details of the joint operation but said it was linked to efforts to combat the outbreak of Ebola.

"As you know there is an Ebola outbreak in this area and insecurity has been an obstacle to the response to the outbreak," he said.

U.N. Secretary-General Antonio Guterres condemned the killing in a statement and called on armed groups to disarm immediately.

East Congo has been plagued by banditry and armed insurrections for more than two decades since the fall of former military ruler Mobutu Sese Seko, but the past year has seen a surge in violence around North Kivu.

Since October 2014, ADF rebels have killed more than 1,500 people in the Beni region, where Wednesday's attack took place. The rebel group was formed in neighboring Uganda in the 1990s and relocated to Congo.

ADF rebels have also killed civilians and abducted children in the Beni region, which has forced suspension of crucial efforts to contain the Ebola outbreak in some areas.

He said makeshift health facilities offering both traditional and modern treatment have become "major drivers" of the current, deadly transmission and are believed to be linked to more than half of the cases in Beni, the largest city affected by the current outbreak which has taken more than 200 lives.

Salama said the current Ebola outbreak is "arguably the most difficult context that we've ever encountered," pointing to activities of two armed rebel groups in the region.