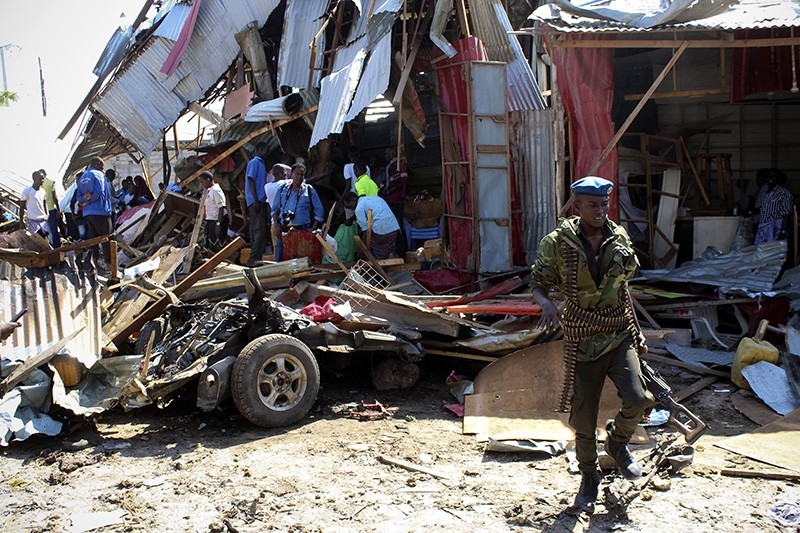 At least 20 people were killed when terrorist group al-Shabaab attacked the compound of a prominent Sufi cleric in central Somalia, police said Monday.

About 10 others were injured when an al-Shabaab suicide car bomber exploded his vehicle at the entrance to the compound in the town of Galkacyo on Monday morning, according to police officer Abshir Ali.

After the explosion, heavily armed fighters stormed the compound, which contains teaching rooms, residential quarters and a mosque, firing guns as they progressed.

Somali troops captured one of the attackers, while three others were killed during a shoot-out, Ali told German Press Agency (dpa) via telephone.

"We believe that five militants were involved in the attack, which started with a suicide car bombing," Ali said.

After taking responsibility for the attack on pro-insurgent radio station Andalus, al-Shabaab said the cleric, Shiekh Abdiweli Ali Elmi Yare, was among the victims.

The group previously accused Abdiweli of misguiding youths with religious practices that went against Islamic teachings.

Meanwhile, in Mogadishu, at least eight people were killed Monday in a car bomb explosion near a crowded market.

Several other people were injured when a car exploded in a parking lot near the market, police officer Ali Hassan Kulmiye told dpa.

Among the dead and injured were government soldiers, according to the police officer.

Nuur Ahmed, a medical officer at the local Dal Bille hospital, said the facility was treating more than 10 people injured by the blast.

No group immediately claimed responsibility for the explosion, but it bears the hallmarks of al-Shabaab.

Al-Shabaab is affiliated with the international al-Qaeda terrorist network and launches regular attacks within the volatile East African nation.