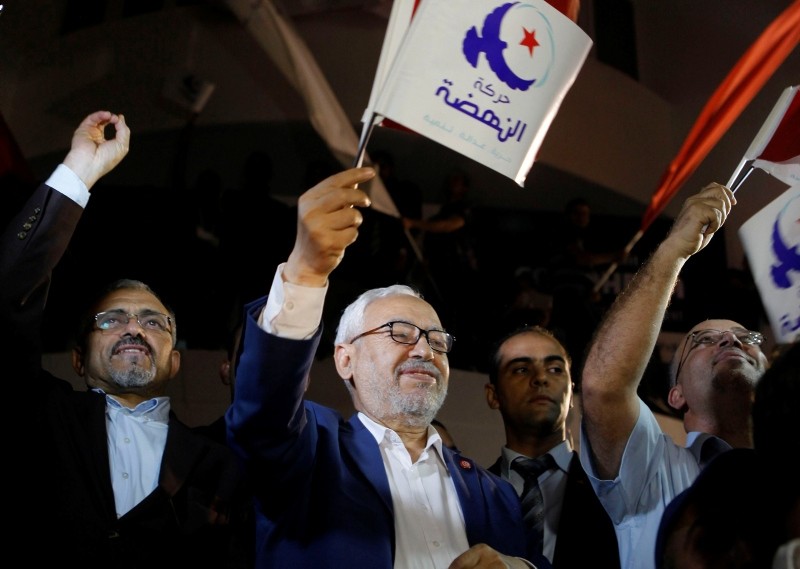 A Tunisian lawyer group announced late Sunday that they are preparing a party closure case against the conservative Ennahda movement in Tunisia, accusing the party of having "links to terrorism."

The group said they have initiated the legal process based on the country's anti-terror law, accusing the party of having links to cases involving opposition politicians Chokri Belaid and Mohamed Brahmi, who were assassinated in 2013.

Lawyer Ali Khaltoum, a member of the Defense Committee for Belaid and Brahmi, told Anadolu Agency that the commission will open a closure case against the Ennahda with regards to the anti-terror law article that states "all the political parties, formations and NGOs related with a terrorist organization" must be closed.

Khaltoum claimed that the commission has "evidences which prove that the Ennahda has relations with political assassinations" but he didn't share details about when the legal process will start.

The commission previously said in a press meeting in October that the Ennahda movement, which was leading a coalition when the assassinations took place, had the control of the Interior Ministry, and plotted the assassinations with its "secret organization."

In response to the accusations, Ennahda deputy Samir Dilu described the move as "efforts to marginalize political opponents," saying they have nothing to be concerned about.

Ennahda respects all parties, NGO's and people using their right to apply to the judiciary, Dilu said, adding "Justice will give the final verdict."

Tunisia has been regarded as the only democratic success of the Arab Spring, after the country's long-serving autocrat Zine Al Abidine Bin Ali was toppled in 2011 without triggering major violence.

Ennahda stepped aside amid demonstrations following the assassinations of socialist politician Chokri Belaid in Feb. 2013 and Mohamed Brahmi in July 2013 to prevent political chaos and handed down its position to the technocrats.

Secularist Nidaa Tounes won the parliamentary and presidential elections in 2014 but failed to bring stability.

Ennahda claimed landmark victory in May 2018 in the country's first free municipal elections, a key step in a democratic transition after years of economic struggles.