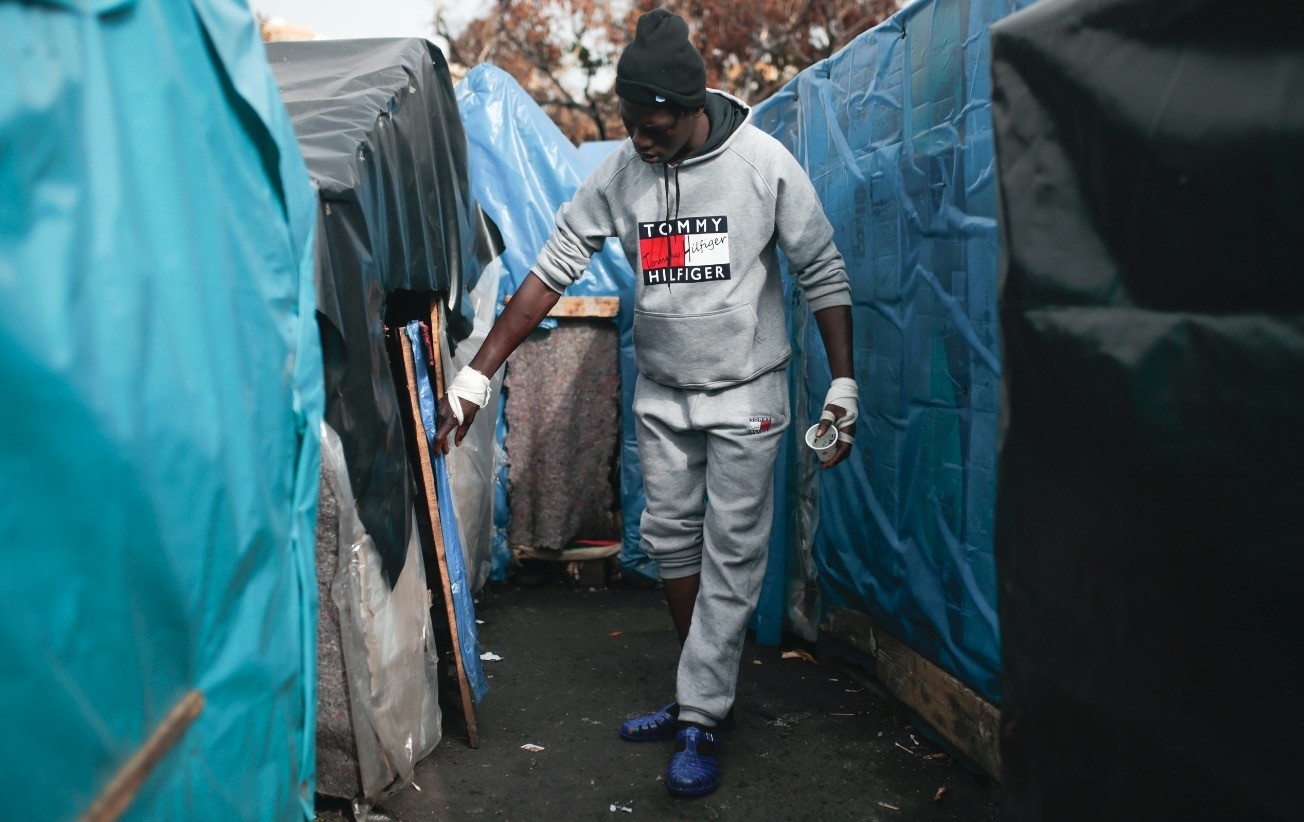 A sub-Saharan migrant from Senegal walks outside the tent where he lives at at Oulad Ziane camp, Casablanca, Dec. 6.
by Compiled from Wire Services Dec 10, 2018 12:00 am

As Morocco hosts the signing of a landmark global migration agreement, hundreds of migrants are languishing in a Casablanca camp rife with hunger, misery and unsanitary conditions. These sub-Saharan Africans who dream of going to Europe are a symbol of the problems world dignitaries are trying to address with the U.N.'s first migration compact being finalized at a two-day conference in Marrakech.

Rising numbers of migrants live in the makeshift camp on a soccer field near a busy Casablanca bus station. Scant food, lack of heat, no sanitation, lice and respiratory infections are the main worries at the Oulad Ziane camp, as reported by the Associated Press.

The country has come under European Union pressure to reduce the crossings of illegal migrants to Spain and wants Rabat to set up "disembarkation platforms," centers where migrants' asylum applications would be processed. Morocco has rejected the idea.

According to the U.N., the number of migrants, representing 3.4 percent of the world's population, is increasing, driven by economic prosperity, inequality, violence, conflict and climate change. The International Organization for Migration said last week that more than 60,000 migrants have reached Spain so far this year, almost all of them by sea. It said total migrant arrivals in Europe stand at just over 134,000 in 2018.

The North African country is a major source of Europe's migrants but is also a transit country as well as a migrant host for other Africans fleeing poverty and persecution. Many intend to get into Europe and claim asylum by taking boats across a narrow Mediterranean strait to Spain, or scaling fences into the Spanish enclaves of Ceuta or Melilla bordering Morocco.

Morocco's government describes the country's migration policy as "exemplary." That mostly refers to reforms launched in 2014, largely funded by the EU, to encourage migrants to stay in Morocco. More than 23,096 migrants have been given Moroccan residency since 2014 and the authorities are currently processing about 25,000 other applications. Still, more than 6,500 sub-Saharan migrants and refugees were arrested and pushed back on buses to southern Morocco or toward Algeria between July and September 2018, according to an anti-racist group Gadem.

As racism, discrimination and human rights violations are continuously reported against migrants, an intergovernmental conference, with the aim of formally adopting the Global Compact for Migration (GCM), began in Marrakech, Morocco yesterday. The non-binding U.N. accord, which aims to promote a common approach to growing migrant flows, has become a target for populist politicians who denounce it as an affront to national sovereignty. The United States, under President Donald Trump, pulled out a year ago, claiming that numerous provisions in the pact were "inconsistent with U.S. immigration and refugee policies." Since then, Australia, Israel, Poland, Slovakia, the Czech Republic, Austria, Switzerland, Bulgaria, Latvia and the Dominican Republic have either publicly disavowed the pact or notified the United Nations that they are not participating.