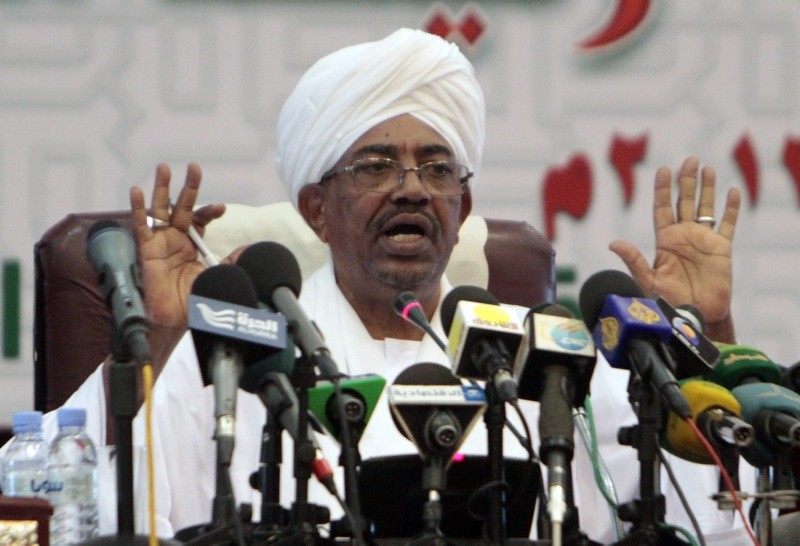 At a press conference organized by political parties on Wednesday, NCP Political Secretary Abdel-Rahman al-Khidir warned that such calls -- if confirmed -- threatened to "destroy state institutions".

Al-Khidir said that the government was working to resolve Sudan's economic crisis by distributing flour and fuel to the public, adding that the country's foreign-currency crisis would be over "within weeks".

On Tuesday, the NFC (an umbrella group of 22 political parties) and the Umma Party (led by Mubarak al-Fadil, a former deputy prime minister) both announced their intention to demand the appointment of a "transitional council" to temporarily run the country's affairs.

Over the course of the past two weeks, demonstrations have rocked several Sudanese states amid mounting public frustration over rampant inflation and acute commodity shortages.

The authorities say that at least 19 people have been killed in the demonstrations, which kicked off in earnest in mid-December.

Opposition groups, for their part, have put the death toll at closer to 40.

The authorities have imposed a state of emergency in several parts of the country, while some government officials have accused Israel of conspiring with rebel groups to destabilize the country.

A nation of 40 million, Sudan has struggled to recover from the loss of three quarters of its oil production -- its main source of foreign currency -- following the secession of South Sudan in 2011.