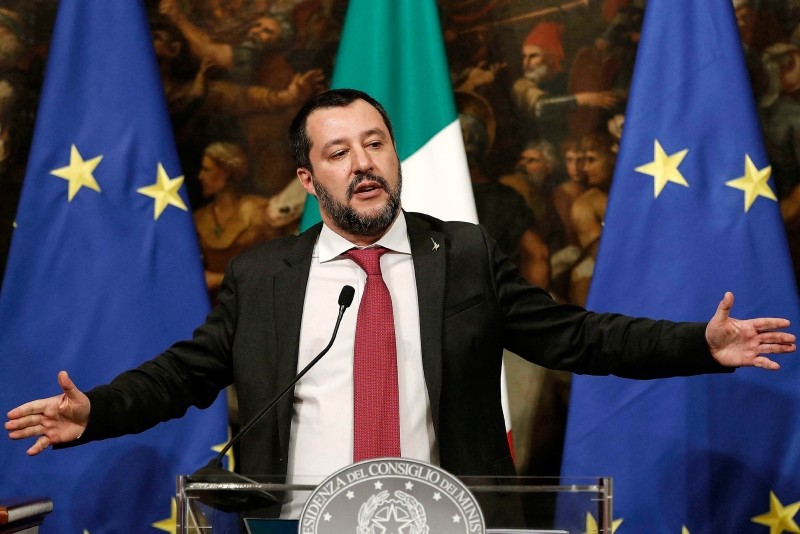 Italy's Deputy Prime Minister Matteo Salvini, continuing a war of words between Rome and Paris, said on Monday that France had no interest in bringing calm to violence-ravaged Libya because of its energy interests.

Salvini backed up Di Maio, saying France was looking to extract wealth from Africa rather than helping countries develop their own economies, and pointed particularly to Libya, which has been in turmoil since a NATO-backed uprising in 2011 that overthrew strongman Mummar Gaddafi.

"In Libya, France has no interest in stabilising the situation, probably because it has oil interests that are opposed to those of Italy," Salvini told Canale 5 TV station.

Italy's Eni and France's Total have separate joint ventures in Libya, but Eni's CEO Claudio Descalzi denied in a newspaper interview last year that there was any conflict with Total over energy sources in the north African state.

Salvini is head of the League, while Di Maio leads 5-Star. Both are campaigning hard for European parliamentary elections in May and are looking to show they have broken with the more consensual politics of mainstream centre-left and centre-right parties.