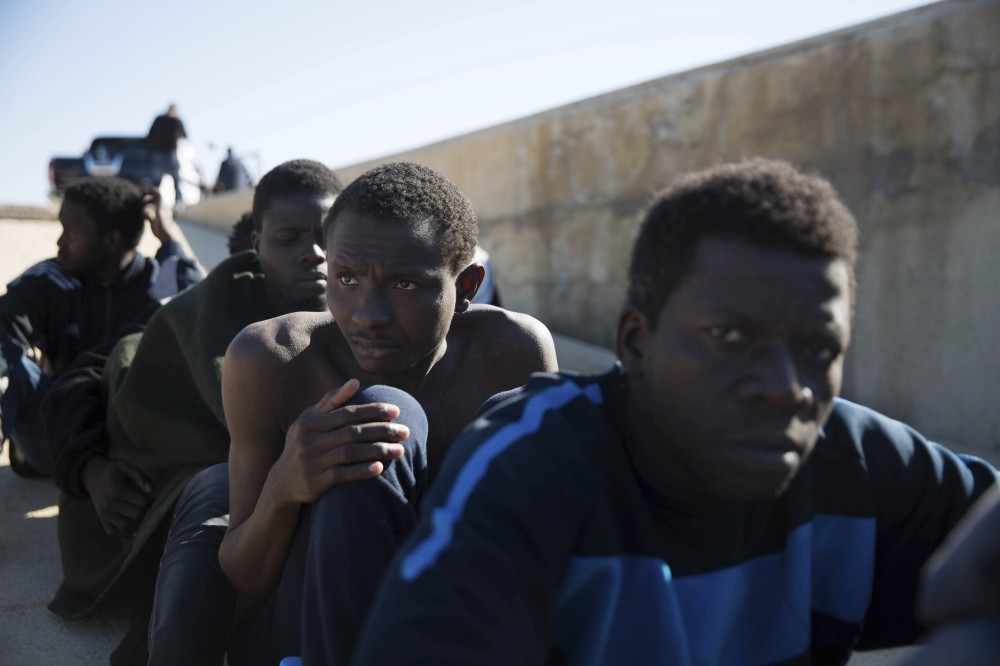 In a clear violation of international law, the number of migrants forcibly returned to Libya and held in appalling conditions in detention centers has seen a sharp increase this year

The Europe-bound migrants recently caught at sea and returned to Libya have been suffering in appalling conditions, according to the medical charity Doctors Without Borders (MSF) said Wednesday. The number of people held in detention centers in the war-torn country rose from 650 at the beginning of the year to 930 today, MSF reported.

Matteo Salvini, Italy's interior minister, who has closed off Italian ports to humanitarian rescue vessels since a populist government came to power in mid-2018, said earlier this week that 393 people had been intercepted and taken back to Libya, and claimed that all were fine.

According to MSF, these people "are now locked up in overcrowded detention facilities. The facilities have been overwhelmed with the new arrivals and are struggling to cope, leading to a further deterioration of already dire detention conditions." "The people detained have virtually no access to open-air space and little access to clean water and food. Food is insufficient and totally inadequate to meet the nutritional needs of people with serious medical conditions, children and pregnant women," MSF added. Some "are suffering from malnutrition, hypothermia or severe diarrhea. Some report that before trying to cross the Mediterranean Sea, they had been held captive by traffickers for weeks, sometimes months, and were deprived of food and systematically abused and tortured."

MSF staff was present when 106 migrants arrived in al-Khoms. "Our teams organized 10 medical referrals to a nearby hospital. Despite this response, a 15 year-old boy later died in hospital," the organization said.

The U.N. considers Libya an unsafe country for migrants, given the considerable risk of being subjected to serious human rights abuses. Thousands of migrants who have been caught trying to cross the Mediterranean from Libya have been returned to the North African country and put in detention centers. There were an estimated 400,000 to 700,000 migrants in more than 40 detention camps across Libya, often with squalid conditions, according to the African Union. The head of the U.N. refugee agency, Filippo Grandi, said in October 2018 that Libya – the main launch point today for migrants hoping to cross the Mediterranean Sea – has strengthened its coast guard in recent months but not its other institutions. The report said Libyan authorities "have thus far appeared largely unable or unwilling to put an end to violations and abuses committed against migrants and refugees." It also offered recommendations. "Libya's approach to managing migration must be overhauled, with human rights protections placed at the center of response plans," the report said. It called for the decriminalization of irregular entry into the country and the release of all migrants detained "arbitrarily." Until then, it said, women should be separated from male detainees, "guarded only by adequately trained female officers."

In the absence of political authority and security, Libya has been suffering from a "climate of lawlessness." In Libya, the turmoil engulfing this North African country has become a death trap for thousands of migrants, most of them from sub-Saharan African countries, seeking to escape poverty and find a better life in Europe. The vast North African country is home to competing governments and parliaments, with real power held by an array of militias, many of which make money from trafficking and packing hundreds of desperate migrants in unseaworthy boats to make the dangerous voyage across the Mediterranean.