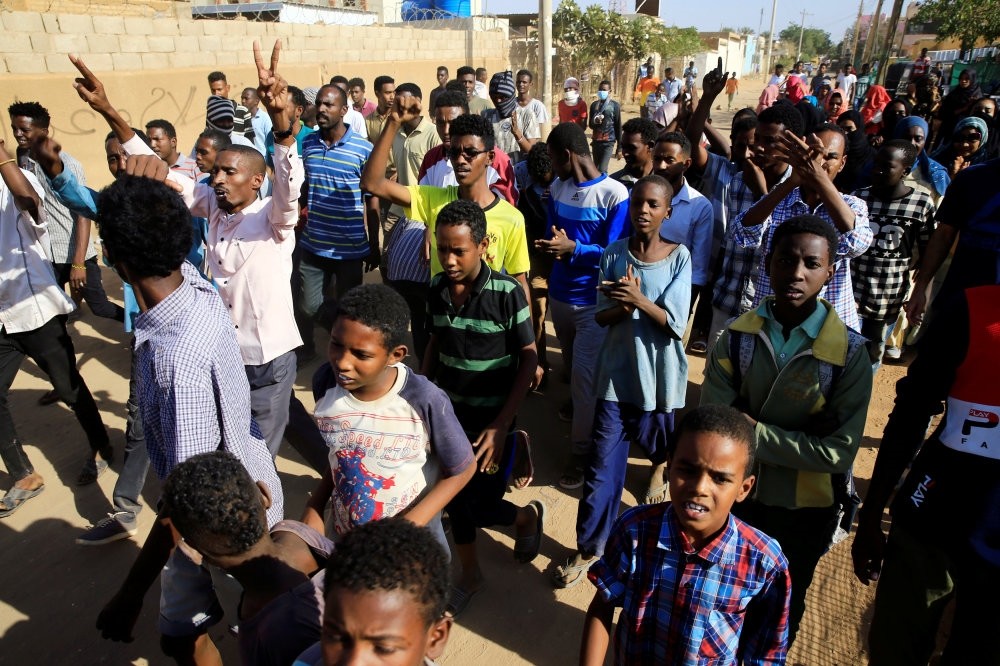 Sudan, which has become one of the major competition areas for the international powers, is witnessing increased interference as protests continue against President Omar al-Bashir

Thousands of Sudanese took to the streets in several cities on Thursday to call for the departure of President Omar al-Bashir. The police dispersed the protesters, killing at least two people in the process. Since Dec. 19 Sudan has been shaken by a protest movement triggered by the government's decision to triple the price of bread. Dozens of people have died so far in the clashes between security forces and protesters.

Sudan holds a strategic significance for its geographic position, national resources and its role as the gate of the Arab world to Africa. Weary after a long civil war and genocide claims, which resulted in the partition of the country into north and south, Sudan, with its population of nearly 40 million, attracts the attention of international and regional powers. While the U.S. has made statements, calling for giving an ear to the protesters, Russia declared that the Sudanese army is being trained by Russians. Russia's Ministry of Foreign Affairs said on Wednesday that Russian contractors were training the army in Sudan.

"According to our information, representatives of Russian private security companies, who have nothing to do with Russian state bodies, really do operate in Sudan," Maria Zakharova, a spokeswoman for the Russian Foreign Ministry said.

"Their task (of the private security firms) is limited to training staff for military and law enforcement agencies of the Republic of Sudan," she added.

On the other hand, the U.S. on Wednesday said it was concerned with developments and urged the Sudanese government to release the detained protesters. "We also call on the government to allow for a credible and independent investigation into the deaths and injuries of protesters," U.S. State Department spokesman Robert Palladino said in the statement.

"Moreover, to address the legitimate grievances of the population, the government must create a safe and secure environment for public expression and dialogue with the opposition and civil society in a more inclusive political process," the statement read.

Similarly, France warned the Sudanese government to release the arrested protesters. "We call on the Sudanese authorities to take all the necessary measures to put an end to the violence against peaceful protesters and to prosecute the perpetrators of this violence," said the spokeswoman for the French Ministry of Foreign Affairs.

Besides the two international actors, there was regional development as South Sudan pledged support to the Sudanese government. "When your interest is so intertwined, you are like a conjoined twin. For us, the solution is not to remove Bashir, the solution is to improve the economy," South Sudan's oil minister said.

Despite the fact that South Sudan fought with Sudan for more than three decades in a bid to gain independence, the removal of Bashir is worrying due to the preservation of the pipelines and oil flock. South Sudan holds control over the oil fields. But the country is landlocked and therefore needs Sudan for its oil reach ports for export.