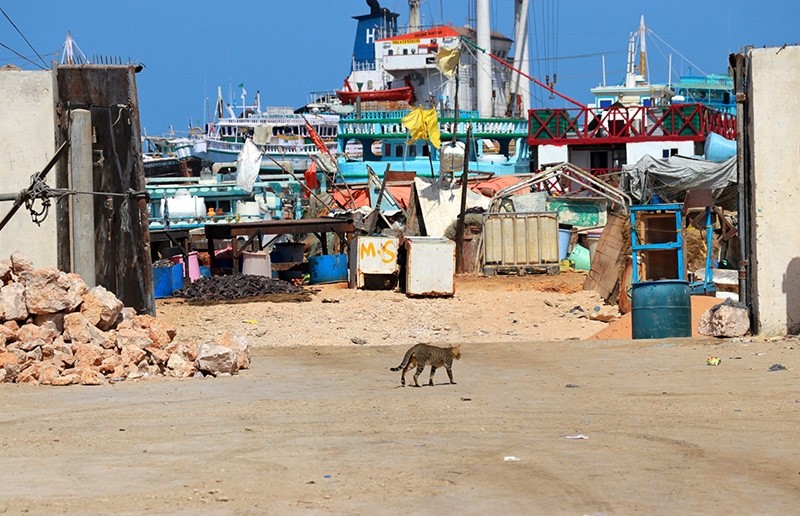 Ships are seen at the Bosaso port where head of Dubai government-owned P&O Ports' operations Paul Anthony Formosa was shot and killed, in Somalia's semi-autonomous region of Puntland, Somalia Feb. 4, 2019. (Reuters Photo)
by Daily Sabah with Agencies Feb 04, 2019 10:45 am

A local government official in Somalia's semi-autonomous region of Puntland confirmed Monday that the director was killed by gunmen.

Yusuf Mohamed, governor of Puntland's Bari region, told Reuters that two men disguised as fishermen had shot Paul Anthony Formosa as he was going to Bosaso port this morning.

Al-Shabaab said it had carried out the attack and accused Formosa of being in Somalia illegally. "We are behind the operation ... we had warned him but he turned a deaf ear. He was illegally in Somalia," said spokesman for al-Shabaab's military operations, Abdiasis Abu Musab.

"The attack is part of broader operations targeting the mercenary companies that loot the Somali resources," the group said in a statement.

Formosa, a Maltese national, was manager at Bossasso for P&O Ports, a subsidiary of the Dubai-based DP World. According to his profile on LinkedIn, had been in the position since August 2017.

A witness, Abdukadir Weheliye, said he heard several shots coming from inside the port and then saw the body of a white man being taken away in an ambulance.

The DP World subsidiary had signed a 30-year concession contract for the management and development of the port, strategically located on the Gulf of Aden, between the Red Sea and the Indian Ocean, more than 1,300 kilometers (800 miles) north of Mogadishu.

Meanwhile, at least 14 civilians were killed in a car bomb explosion outside a busy shopping mall in Mogadishu on Monday, police officer Ahmed Baashane told dpa, with militant group al-Shabaab claiming responsibility for the attack.

Thick columns of white smoke could be seen rising from the area around the mall, which hosts banks, shops, and other businesses in the Hamar Weyne district of the Somali capital.

Police officer Ahmed Baashane told dpa the explosion was caused by a car bomb in a parking lot near the mall, but it was unclear whether a suicide bomber was involved.

Fourteen people were killed in the attack, according to another police officer, Ali Hassan Kulmiye, who also said that more than 15 other injured people were taken to hospitals for treatment.

A pro-Al-Shabaab website, somalimemo.net, cited an unnamed Al-Shabaab official claiming responsibility for the attack. The official said the target had been a gathering of local government officials at a restaurant next to the mall.

Al-Shabaab frequently carries out bombings in Mogadishu and other parts of Somalia against government military and other targets.

The group is trying to remove the Western-backed central government and establish its own rule.

Al-Shabaab's militants also carry out attacks outside Somalia especially in Kenya to pressure the country to return its troops who form part of the peacekeeping force AMISOM that helps defend the central government.

Its latest assault in Kenya, a suicide and gun attack at an office and hotel complex in the capital Nairobi last month killed 21 people.