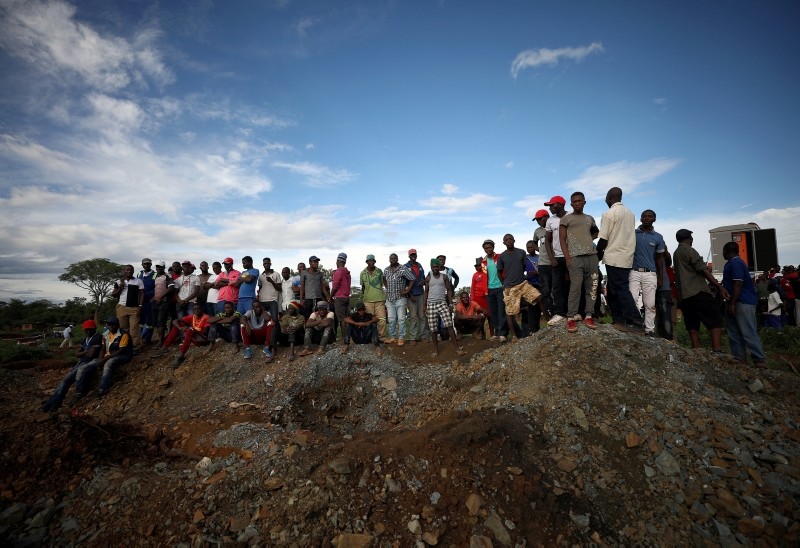 Eight subsistence miners who were trapped underground for several days after heavy flooding in Zimbabwe have been rescued, though dozens of their co-workers are still missing and feared dead.

"Eight of the trapped minors have been rescued ... while 24 bodies have been retrieved to date as rescue efforts continue at Battlefields Mine," the Zimbabwe Broadcasting Corporation reported.

Rescuers on Saturday pulled the exhausted, muddied survivors from the ground and took them to a tent for medical treatment. Relatives waiting at the scene ululated, cheered and hugged each other.

Later came the retrieval of the dead. One by one the bodies were pulled from one of the tunnels in the gold fields, put in blue body bags and into a police truck which is transporting them to a tent for identification.

Dozens of the small-scale gold miners were caught underground Tuesday on the outskirts of Kadoma, west Zimbabwe's capital, Harare, when a dam wall collapsed and water rushed into the nearby mining tunnels.

It is unclear how many miners remain trapped, but the government has said between 60 and 70 people were working underground at the time of the accident. The government has declared it a national disaster.

Uniformed police, government workmen and artisanal miners, some of them wearing shorts, T-shirts and sandals, are working together in the retrieval operation using a hand-powered winch and ropes.

Ignoring a strong stench, some people broke through the police perimeter to catch a glimpse of the process, while others hoped to identify their friends and relatives.

At least 20 bodies had been identified underground, while the search for more bodies continued, said Henrietta Rushwaya, the leader of Zimbabwe's association of small scale miners.