Over half of population suffers starvation in South Sudan, UN says 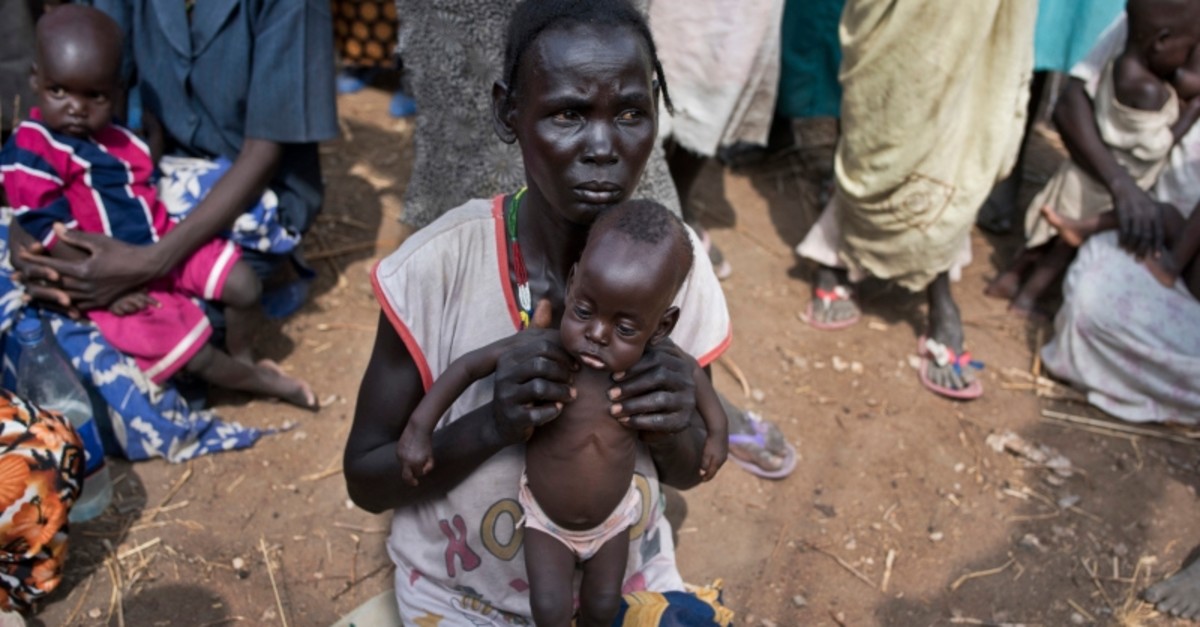 In this File photo taken Wednesday, April 5, 2017, Abuk Garang holds her 7-month-old son William Deng, as she and others walk to a food distribution site in Malualkuel in the Northern Bahr el Ghazal region of South Sudan (AP Photo)
by Compiled from Wire Services Feb 22, 2019 12:00 am

Some 60 percent of the population in war-torn South Sudan suffer from starvation, an official report said on Friday, underlining a 13-percent rise compared to last year.

"This includes some 30,000 people who are already experiencing extreme food insecurity (in catastrophe phase or IPC5, the highest level of food insecurity) in eastern and central South Sudan," according to the report.

"Food insecurity is increasing in 2019," said Simon Cammelbeeck, the acting country director of World Food Programme in South Sudan. "Unless we scale up humanitarian and recovery activities soon, more and more people will be at risk."

"Full and timely implementation of the peace agreement is therefore essential to allow displaced people -- the majority of whom are women and children -- to return home and to resume their lives."

Some 860,000 children under the age of five are already severely malnourished, according to the report.

Local cereal production will only cover 52 per cent of the country's cereal needs this year, compared to 61 per cent in 2018, according to the report.

Humanitarians cite the ongoing conflict in South Sudan for the worsening situation in the country, which will enter its fifth year and has killed more than 50,000 people since.

In 2017, the world's youngest nation declared famine in two counties in Unity State, the world's first formal famine declaration since Somalia in 2011.