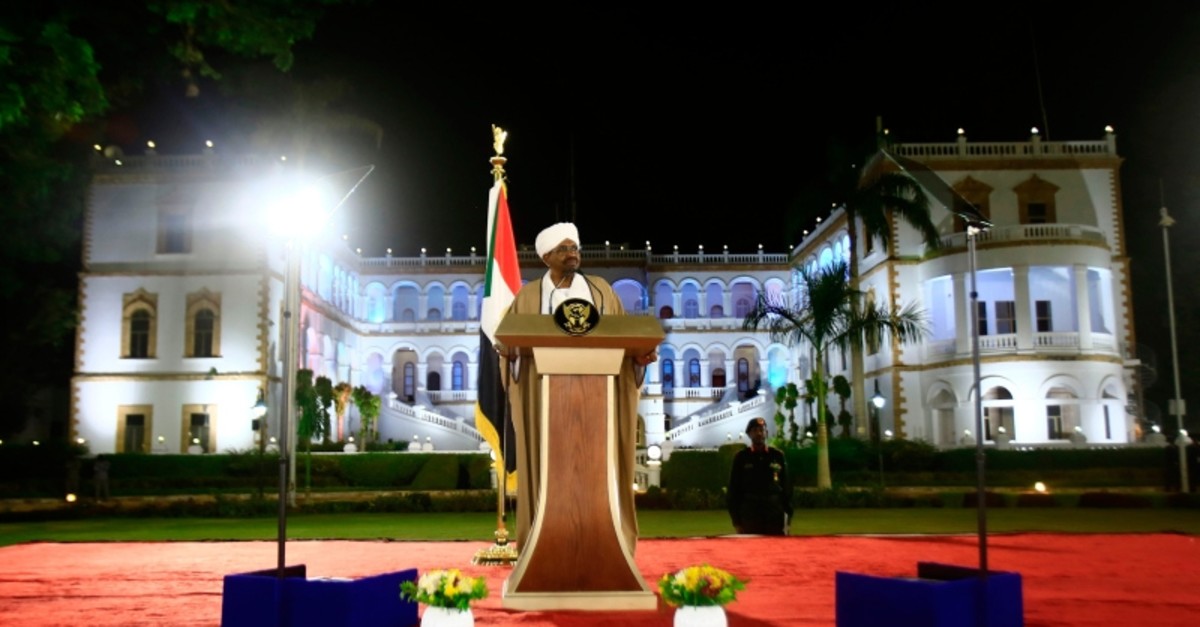 Sudanese President Omar al-Bashir delivers a speech to the nation on February 22, 2019, at the presidential palace in the capital Khartoum. (AFP Photo)
by Compiled from Wire Services Feb 22, 2019 11:22 pm

Sudan's President Omar al-Bashir, facing the biggest popular protests since he came to power 30 years ago, on Friday called on parliament to postpone constitutional amendments that would allow him to seek another term in a 2020 presidential election.

In a televised speech, Bashir also declared a state of emergency for one year and said he would dissolve the central government and state governments.

"I announced that the national dialogue will continue and called on the parliament to postpone the constitutional amendments," Bashir said.

"I declared the state of emergency for one year, dissolving the government and the state's government," he added.

Meanwhile, protestors in Khartoum streets called on al-Bashir to step down immediately.

The anti-government demonstrations, which started on Dec. 19, were triggered by price increases and cash shortages but quickly developed into protests against Bashir's rule.

Two weeks before protests broke out, a majority of lawmakers backed proposed amendments to the constitution allow Bashir to run for another term. But on Saturday, the parliamentary committee tasked with amending the constitution said it would indefinitely postpone a meeting to draft these changes.

Sudan has been rocked by popular protests for the last two months, with demonstrators decrying al-Bashir's failure to remedy the country's longstanding economic woes.

Sudanese officials say around 31 people have been killed since the protests began in December, although the opposition puts the number at closer to 50.

A nation of 40 million people, Sudan has struggled to recover from the loss of three quarters of its oil output -- its main source of foreign currency -- when South Sudan seceded in 2011.