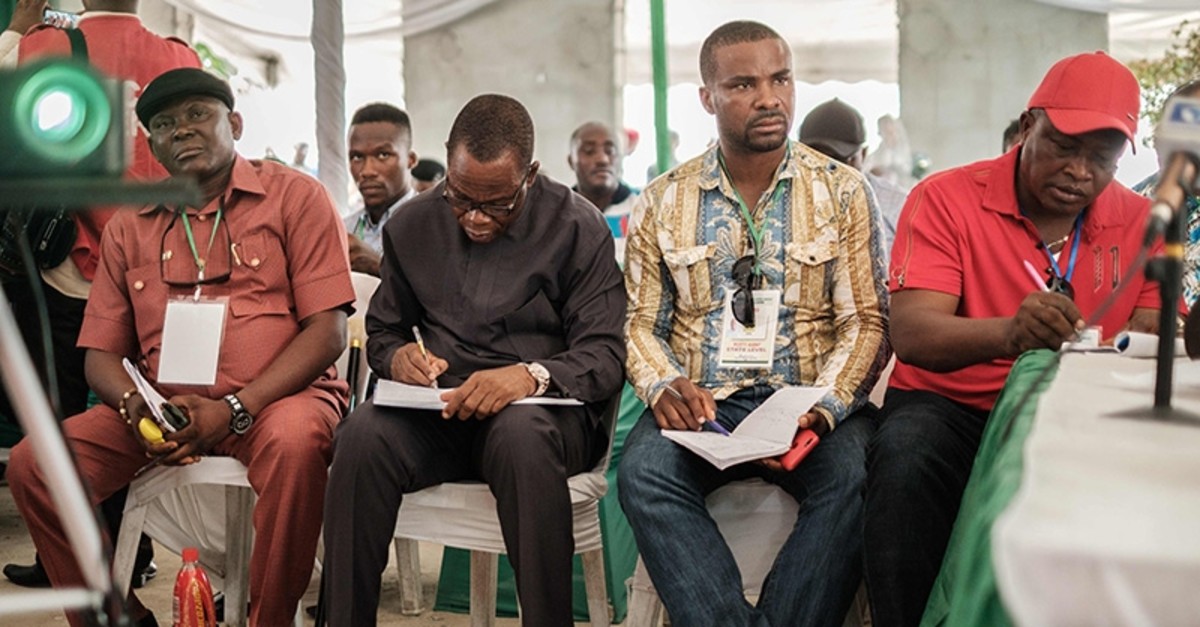 Nigeria's electoral commission has begun announcing official presidential results from the country's 36 states in a process that will take hours and could extend into Tuesday or beyond.

President Muhammadu Buhari has won in the states of Ekiti, Osun and Kwara in the west and southwest while top challenger, former Vice President Atiku Abubakar, has won the Federal Capital Territory, the name of the state that encompasses Abuja.

To win the presidency, a candidate must garner a majority of overall votes as well as at least 25 percent of the vote in two-thirds of Nigeria's 36 states. If that isn't achieved, the election moves to a runoff.

As Nigeria tensely awaits the election results, observers have given mixed assessments of the polling process.

The election was originally scheduled for Feb. 16 but then, just hours before polls were to open, the electoral commission postponed the election for a week, citing logistical issues. When voting took place on Feb. 23 there were numerous delays causing many polling stations to open hours late. Some polling stations had to remain open a day later in order to allow people in line to vote.

The African Union observer mission said the "overall political climate remained largely peaceful and conducive for the conducting of credible elections" but criticized poor preparation and called for calm until final results are announced.

The head of the European Union's observer mission to Nigeria said Monday that the vote had been hit by operational shortcomings that made it difficult for voters.

The Situation Room, a coalition of civil society groups that jointly monitored Saturday's polls, called this election a step back from the one in 2015, seen as one of Nigeria's most transparent and efficient.

In addition to "major logistic lapses," the group said that at least 39 people were killed across Nigeria on election day.

The group placed the number of election-related deaths since political campaigns began in October at 260 people.

Security officials confirmed that terrorist group Boko Haram launched two attacks in two northeastern states in an attempt to disrupt the election – but there were no fatalities.

The delay in voting was also criticized in a joint statement the U.S.-based observer missions, the International Republican Institute and National Democratic Institute.

"The last-minute postponement of the election by INEC (Nigeria's electoral commission) and significant delays in the opening of polling units risk undermining citizen confidence in elections and disenfranchising voters," said the U.S. observers.

Despite the voting issues, Nigerians have showed resilience and patience, the U.S.-based observers said.

In Kano, Nigeria's second-largest city and the heart of the largely Muslim north, Nigerians waited patiently for results.

Buhari, a former military dictator from the north, is seen by many Nigerians as being relatively upright in a country riddled by corruption.

He supports Buhari, however, saying the threat from Boko Haram has essentially disappeared in the city that once saw mosques and markets targeted.

"Before, when I left my house my wife would cry because she was afraid I would not come back," Auwal said.

One man who worked in security during the election, 27-year-old William Thomas, said the vote went peacefully with "no political thugs."

As an election worker, however, he did not have the chance to vote — a situation that thousands across the country faced while helping millions of Nigerians perform their civic duty.