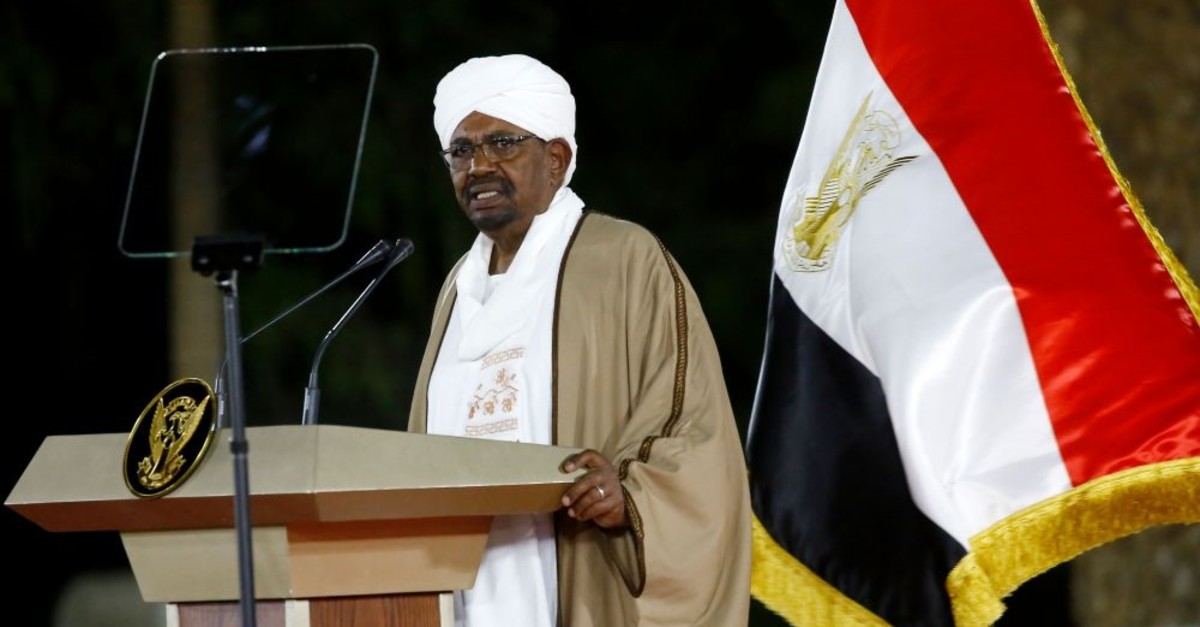 Sudanese President Omar al-Bashir swore in a new premier Sunday as hundreds of demonstrators called on the veteran leader to resign after he imposed a state of emergency across the country.

In a statement by his office Saturday, al-Bashir announced the appointment of Mohammed Tahir Ayala as prime minister, part of a major Cabinet reshuffle that disbanded the federal government and replaced all state governors with senior army officers.

Defense Minister General Awad Ibnouf was sworn in as the first vice president after his predecessor Bakri Hassan Saleh was sacked by al-Bashir. He also swore in 16 army officers and two officers from the National Intelligence and Security Service as new governors for the country's 18 provinces.

Al-Bashir imposed a year-long emergency on Friday after a deadly crackdown failed to suppress weeks of protests against his three-decade rule. The veteran leader, who swept to power in a coup in 1989, dissolved the cabinet and provincial governments, and pledged to bring in technocrats to help end the economic crisis, the key factor behind the protests. He has also said that he will postpone pushing for constitutional amendments that would allow him to seek a third term in office.

Even as the new officials took oath, hundreds of protesters rallied in Omdurman, the twin city of Khartoum, against the state of emergency. "We want to give the president a message that the state of emergency will not deter us," said protester Sawsan Bashir. "Our aim is to overthrow this regime and we will do it." Protest organizers have vowed to continue with daily rallies, accusing al-Bashir and his officials of mismanaging the economy that has led to soaring food prices and shortage of foreign currency.

Deadly clashes between protesters and security forces have left 31 people dead since protests first erupted on Dec. 19, officials say. Human Rights Watch says at least 51 people have been killed including medics and children. Protests initially erupted in the labor town of Atbara after a government decision to triple the price of bread. But the rallies swiftly escalated into protests against al-Bashir's iron-fisted rule, with protesters calling for his resignation.