Nigerians return to polls to elect governors, state lawmakers amid some unrest 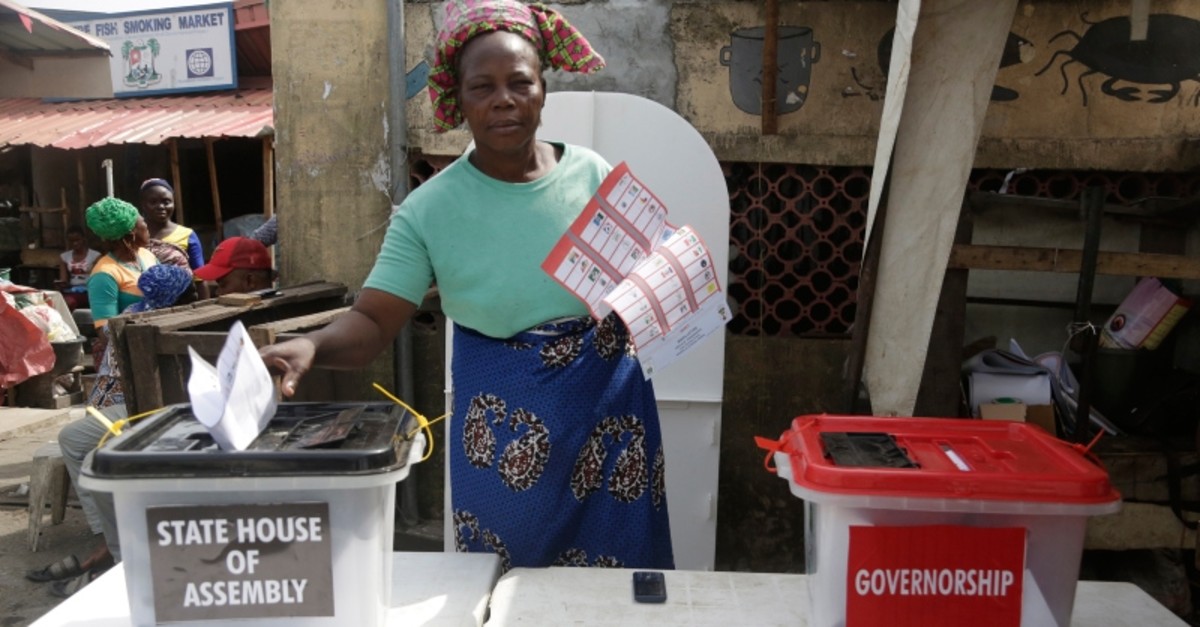 Nigerians went to the polls on Saturday to choose governors in 29 of 36 states in Africa's largest democracy amid reports of heavy military deployment and attacks against electoral facilities in a few areas.

The election comes two weeks after the presidential vote in which incumbent Muhammadu Buhari won a second term. It was expected to be more contentious in some areas as the country's two top political parties vie for control of powerful states that in certain cases have larger budgets than some African nations.

Local officials confirmed to The Associated Press the burning of electoral facilities in southeastern Benue and Ebonyi states.

"The hoodlums fired into the air early this morning to scare away the people before burning down the school building. But no one was injured," civil servant Elizabeth Ukah said of the polling station in the Gwar East local government area of Benue state. "All the electoral materials for the area have being destroyed."

Three such centers were burned in Ebonyi, said the Center for Democracy and Development, one of the major local organizations monitoring the election. It said election materials were destroyed and 75 polling units were affected.

Nigeria's top anti-corruption agency, the Economic and Financial Crimes Commission, in a Twitter post said it had intercepted "bags of cash meant for vote-buying."

Turnout in some areas was reported to be low. The turnout in the presidential election was 35 percent, continuing a downward trend. Both that election and Saturday's vote were delayed by a week in a last-minute decision as the electoral commission cited numerous logistical problems in a country of some 190 million people and poor infrastructure.

Frustrated by the delay, some Nigerians preferred to stay home.