1,000 Algerian judges refuse to oversee polls if Bouteflika on ballot 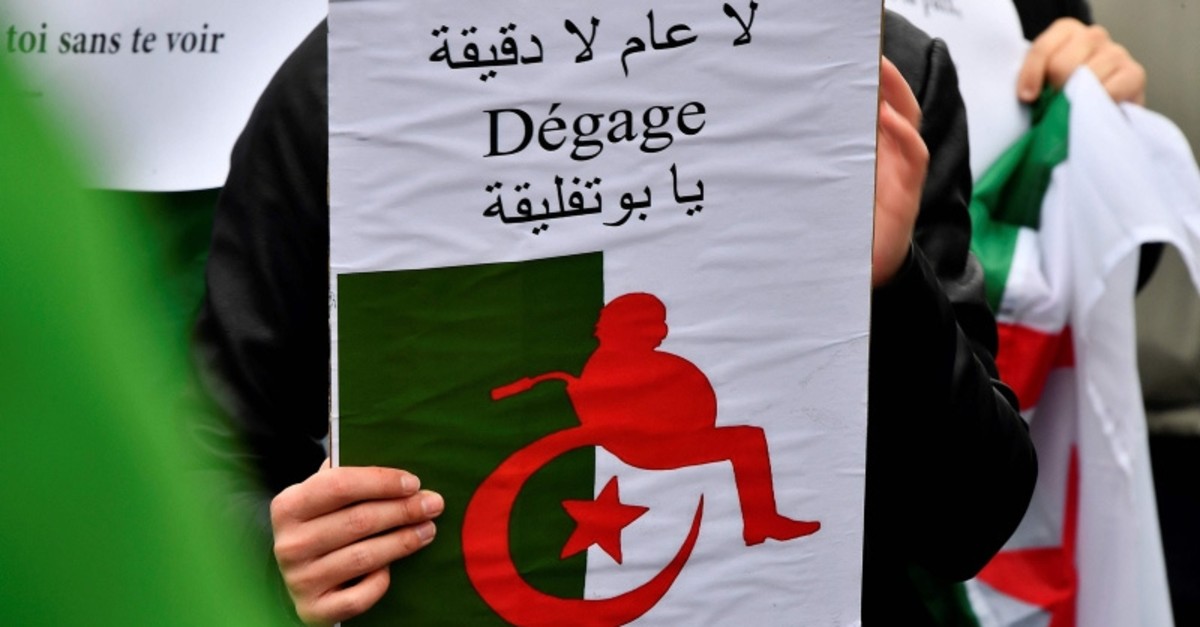 A demonstrator holds a poster representing a silhouette of Algeria's president Abdelaziz Bouteflika on a wheelchair reading ,oust, on the Place de la Victoire in Bordeaux, southwestern France on March 10, 2019. (AFP Photo)
by Mar 11, 2019 12:00 am

More than 1,000 Algerian judges said they would refuse to oversee the country's election next month if President Abdelaziz Bouteflika contests it, in one of the biggest blows to the ailing leader since protests started more than two weeks ago.

In a statement, the judges added that they were forming a new association. Bouteflika returned to Algeria on Sunday after undergoing medical treatment in Switzerland.

Tens of thousands from all social classes have been demonstrating unrelentingly for three weeks against his decision to stand in April's election, rejecting a stale political system dominated by veterans of an independence war against France that ended in 1962.

The protesters have rejected his offer to limit his term if he wins the vote.

In the clearest indication yet that the generals sympathize with protesters, the chief of staff said the military and the people had a united vision of the future, state TV reported. Lieutenant General Gaed Salah did not mention the unrest.

Hours before Bouteflika's arrival, his ruling FLN party urged all sides to work together to end the crisis and promote national reconciliation, Ennahar TV said.

The 82-year-old president has rarely been seen in public since a stroke in 2013. Last April, he appeared in Algiers in a wheelchair.