Army a game changer but raises questions in Algeria 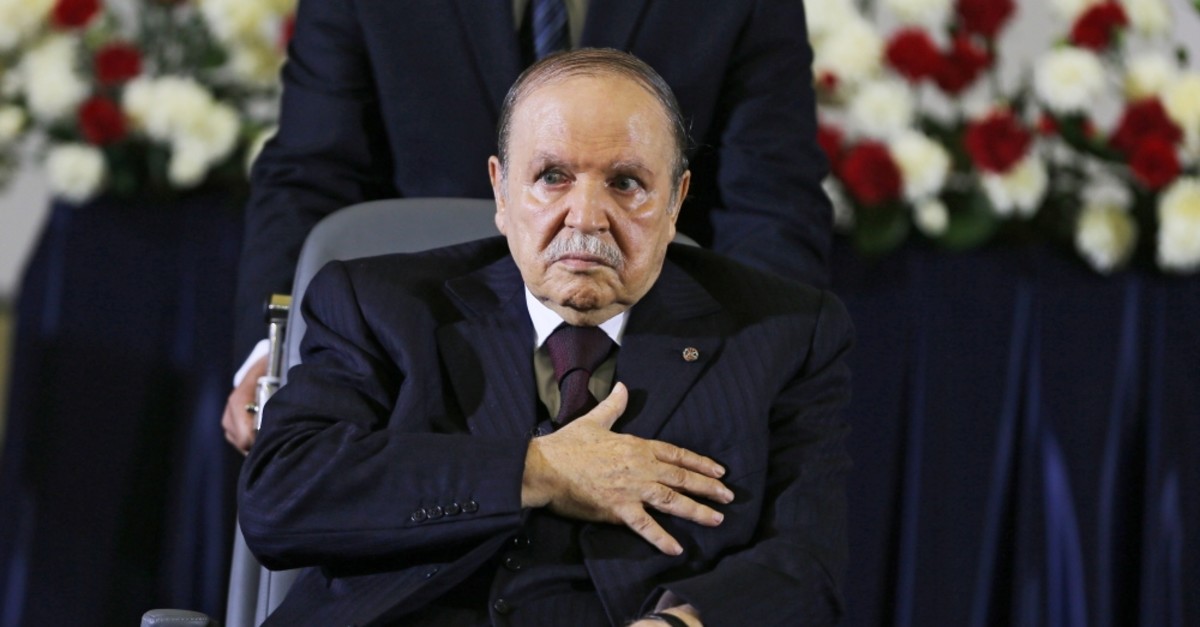 A possible army intervention in Algeria, in accordance with the protesters' claims, may bring an end to the Abdelaziz Bouteflika's rule but the army seems unlikely to meet the demands of the young protesters

Algeria is witnessing the biggest demonstrations since the Arab Spring. While the protesters insistently demand the current president, Abdelaziz Bouteflika, withdraw his bid for a fifth presidential term the presidency claims that reforms will be made in accordance with the people's desire. The stalemate goes on, yet the involvement of the Algerian army may change everything. It was a matter of speculation whether the army would side with the protesters or the president. Recent developments indicate that the army may bring an end to Bouteflika's political life.

At the beginning of the week, the president claimed that he would drop his bid for the presidency in the upcoming elections. However, the protesters' demands go beyond that. Algerians, who have been protesting for more than two weeks, have asked the ruling elite to step aside and want to see an entire change in the country's politics.

Bouteflika, who seldom appears in public since he had a stroke in 2013 and just returned from Geneva where he received medical treatment, promised to make a new plan for rescheduling the vote and placing an interim government. In a letter, released by the state news agency, the president underlined the importance of putting the country in the hands of the young generations. However, the protesters fear that a puppet successor will be named as the protesters demand wider change.

At this point, the Algerian army's stance is of great importance. Algeria's army chief, Gen. Ahmed Gaid Salah, in a statement last week, pledged to guarantee the country's security, recalling the "painful years" of civil war. He added that his country's success in "eradicating terrorism has displeased some parties who are upset to see Algeria stable and safe." The Algerian regime remained safe during the Arab Spring that euphorically swept across the Middle East and North Africa, leading to the fall of autocrat presidents of Algeria's neighbors, namely Tunisia and Libya. The Algerian people seem to be more unified than their neighbors as they experienced both an independence war and civil strife. In addition, the country is relatively prosperous as it has large oil and gas reserves. Yet, the global decrease in oil prices has hampered the country's economy as oil is one of its main sources of revenue.

Protesters claim that the current administration is old-fashioned and the country needs a change both in its politics and economy. It is not clear whether the army will promise a change as such or support someone else, who is not part of the ruling elite, that occurred during the civil war. Moreover, the army's intervention in the region has not resulted in democratic transitions as experienced in Egypt where the army took control of both politics and the economy after a coup. Algerians will vote for a constitutional referendum soon, at the end of which a more technocratic government system is expected to be put in place.

But what will remain untouched is the military and state oil giant Sonatrach.