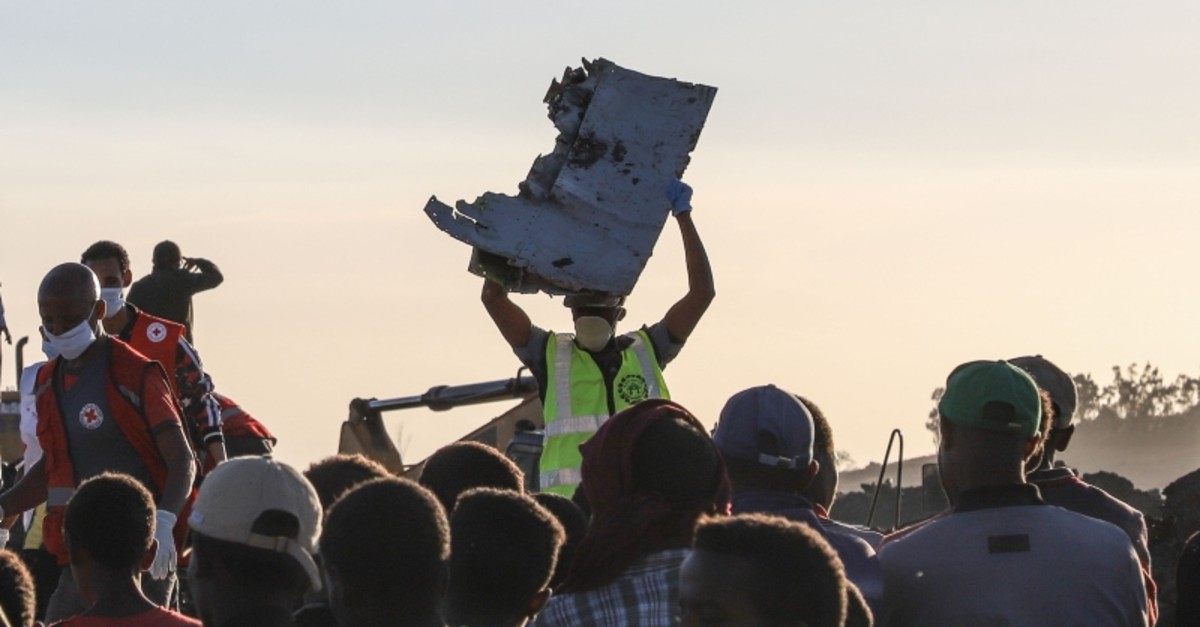 A man carries a piece of debris on his head at the crash site of a Nairobi-bound Ethiopian Airlines flight near Bishoftu, a town some 60 kilometers southeast of Addis Ababa, Ethiopia, March 10, 2019. (AFP Photo)
by Compiled from Wire Services Mar 17, 2019 7:43 pm

Black box data so far shows there is a "clear similarity" between the Ethiopian Airlines crash and an earlier one in Indonesia that also involved Boeing 737 Max 8, Ethiopia's transport minister said Sunday.

According to Dagmawit Moges, the black box from the plane crash was in good condition and almost all data was extracted.

"Clear similarities were noted between Ethiopian Airlines Flight 302 and Indonesian Lion Air Flight 610, which would be the subject of further study during the investigation," Moges told journalists, adding a preliminary report into last Sunday's Ethiopian Airlines crash that killed 157 people will be released in "30 days."

Officials sais 157 people from 35 different countries were killed when the Nairobi-bound plane crashed shortly after takeoff.

The crash of Ethiopian Airlines Flight 302 and an earlier Lion Air crash have prompted the dozens of countries around the globe to ground Boeing 737 Max 8 planes.

The U.S.-based Boeing faces the challenge of proving the jets are safe to fly amid suspicions that faulty sensors and software contributed to the two crashes in less than six months.