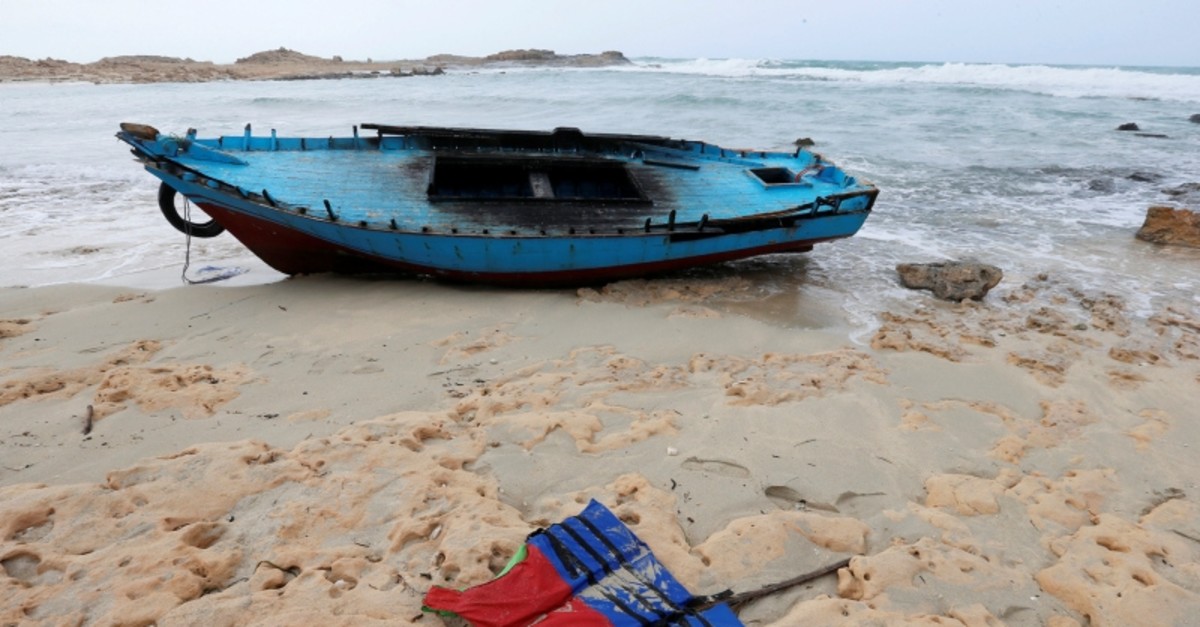 Dozens are missing and bodies have washed ashore after a boat carrying 44 migrants seeking a better life in Europe capsized off the coast of Libya, officials said Thursday.

Jassim Ayoub, a spokesman for the Libyan navy, said the coast guard of the western city of Sabratha has rescued 17 migrants since the boat capsized Tuesday. Bodies, including those of children, have also been retrieved from the water. Most of the migrants were from African countries, he said.

Thousands of migrants have perished trying to make the perilous Mediterranean crossing, often undertaking it in crowded wooden ships or inflatable rafts.

In recent years, European countries have provided training and funds to Libyan authorities to reduce the crossings. But critics say those efforts leave the migrants trapped in Libya, where they face abuse and exploitation at the hands of smugglers and local militias.

Doctors Without Borders said Thursday that dozens of migrants are suffering from hunger while being held in a detention center in Libya's capital.

The aid group said over 300 people, including more than 100 children, are being held in the Sabaa detention center in Tripoli. Around 75 detainees are malnourished or underweight, with children significantly more likely to suffer moderate or severe malnutrition, it said.

Several people reported receiving only one meal every two to three days, with new arrivals waiting four days before receiving food, it said.

"What we see today in this single detention center is symptomatic of an uncontrolled, unjustified, and reckless system that puts the lives of refugees and migrants at risk," said Karline Kleijer, the group's head of emergencies.

She urged Libyan authorities to release those held in Sabaa, almost half of whom have been detained for six months or more.

Libya was plunged into chaos after the 2011 uprising that toppled and later killed longtime ruler Moammar Gadhafi, and has since emerged as a major transit point for migrants fleeing war and poverty in Africa and the Middle East and seeking a better life in Europe.

Sam Turner, head of the Doctors Without Borders mission in Tunisia, said the EU policies to address migration "are directly resulting in people being held in these conditions in Libya."

"It is an extremely cynical approach ... and the cost is human lives," he said.

Last month, Libyan police moved in to end a protest by migrants held at the Trig al-Sikka detention center in Tripoli, setting off clashes in which around 50 people were wounded, according to the U.N.'s migration agency.

Doctors Without Borders says an estimated 670,000 migrants are in Libya, including 5,700 held in detention centers, where they are regularly exposed to human rights abuses including extortion, torture, sexual violence and forced labor.