Algeria's president says he will step down before April 28 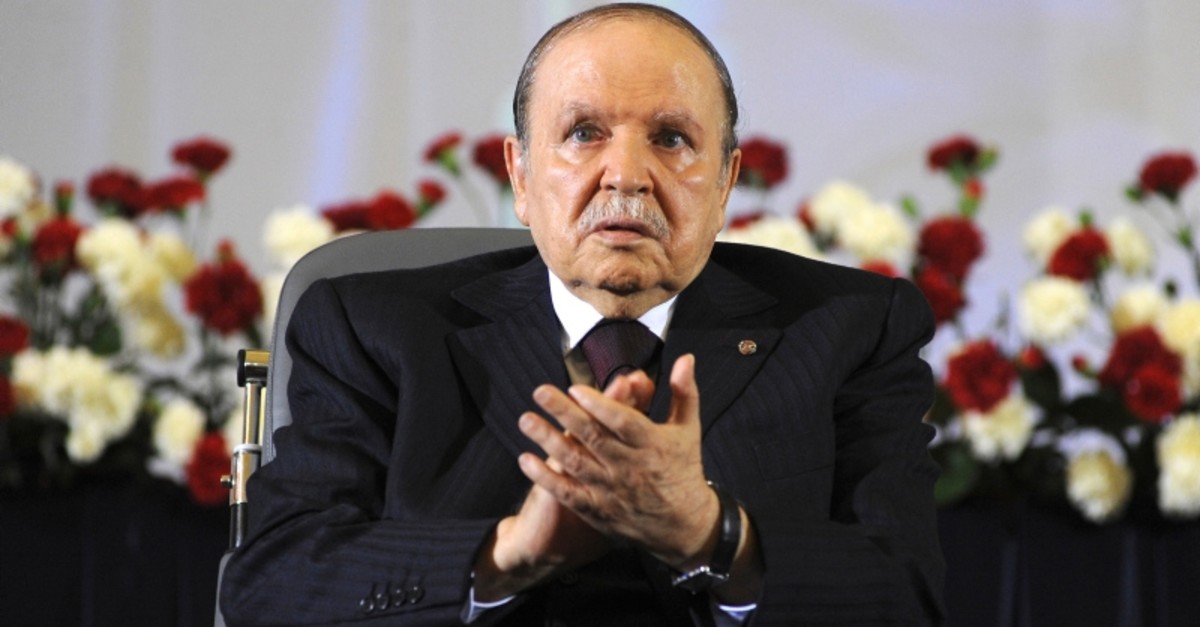 Embattled Algerian President Abdelaziz Bouteflika says he will step down before his fourth term ends on April 28.

In a short statement issue on Monday, the president's office said Bouteflika would take "important steps to ensure the continuity of the functioning of state institutions" during a transition period following his departure from the post he's held since 1999.

According to a statement released by his office and carried by state media, Bouteflika also pledged to make "significant decisions" with a view to ensuring that state institutions would continue to function during an upcoming "transitional phase".

"The president will resign sometime before the end of his term, which is set to expire on April 28," the statement read.

In February, Algeria's ruling National Liberation Front nominated the 82-year-old Bouteflika, who has ruled Algeria since 1999, to run for a fifth presidential term.

But on March 11, following weeks of protests against his planned bid for a fifth term, Bouteflika abruptly postponed the polls -- originally slated for April 18 -- and formally withdrew his candidacy.

Nevertheless, Algerians have continued to stage demonstrations against the aging leader, who they accuse of unconstitutionally extending his fourth term in office.

Millions of Algerians have been holding weekly protests nationwide to demand that Bouteflika leave office along with his cadre of loyalists. The 82-year-old president has been in public rarely since he suffered a stroke in 2013.

He originally declared his candidacy for a fifth term, then withdrew and postponed the election in response to the massive protests.