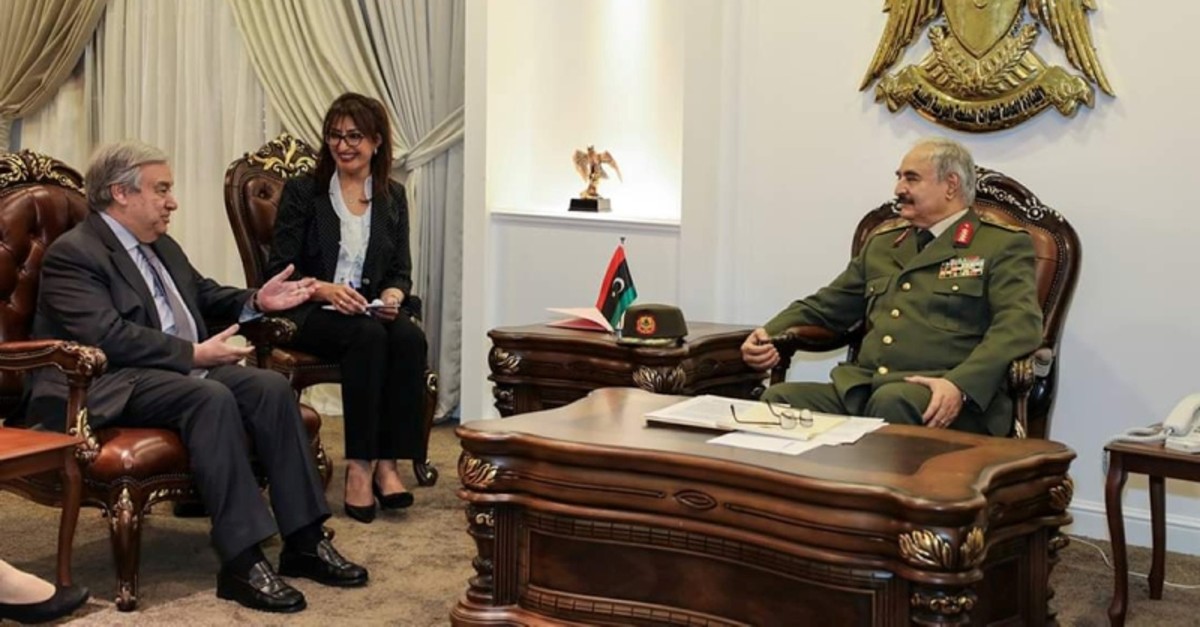 U.N. Secretary General Antonio Guterres on Friday met with Khalifa Haftar -- who commands forces loyal to Libya's eastern government based in the city of Al-Bayda -- amid recent military escalation.

In a statement, Presidential Council Chairman Fayez al-Sarraj said that government security forces had been told to brace for a possible attack from the east.

Following the meeting that concluded Guterres' visit to Libya, the UN chief wrote in a Twitter post: "I leave Libya with a heavy heart and deeply concerned. I still hope it is possible to avoid a bloody confrontation in and around Tripoli."

Ahead of his meeting with Haftar, Guterres -- who arrived in Libya on Wednesday -- alongside the U.N. Envoy to Libya Ghassan Salame, met with Aqila Saleh, speaker of the eastern-Libya-based assembly, in the city of Tobruk.

Guterres has discussed with Saleh the recent developments in Libya, the military escalations in Tripoli, as well as anticipated referendum on the constitution and parliamentary and presidential polls, the media advisor to the House of Representatives (HoR) Fathi Al-Miryami said.

Haftar on Wednesday reportedly ordered his forces to deploy to western parts of the country with a view to "purging the region of terrorist groups and strongholds".

The move prompted speculation that pro-Haftar forces plan to march on Tripoli, where the fragile unity government is headquartered.