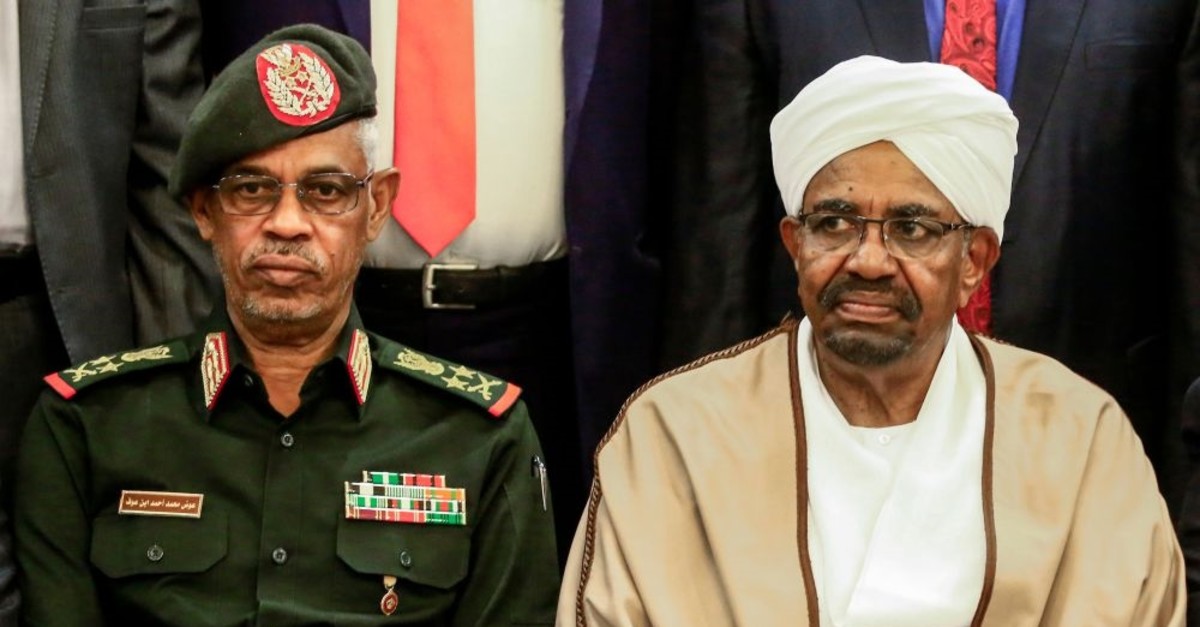 In another military coup, Sudan's army has taken power and detained embattled President Omar al-Bashir. But there is a threat that the country may be dragged into a civil war, as different armed factions exist

Sudanese people have been protesting not only in the capital Khartoum but also in smaller towns. Although the country's outgoing president, Omar al-Bashir, has tried to mitigate the protests, he was ousted and detained by the Sudanese military. It was also announced that a military council would run the country for a two-year transitional period.

The military has also suspended the constitution, dissolved the government, declared a state of emergency for three months, shut border crossing until further notice, closed airspace for 24 hours and imposed a night curfew for one month. All political prisoners were released across the country. There are several rumors about Bashir's situation. Defense Minister Awad Mohammed Ibn Ouf said that he was brought to "a safe place." "Uncertainty is the main reason for the fear," a foreign eyewitness, living in Sudan and speaking on the condition of anonymity for security reasons. "Everybody is waiting to see what Bashir will do and how the army will respond," the eyewitness added.

Amid fears concerning a possible internal conflict or even a civil war, as there are police forces and tribes loyal to Bashir and different army factions. There are numerous paramilitary groups in the country. Some are active in Khartoum, while others are strong in other areas. Moreover, different international powers support different armed groups.

The Sudanese people are in the streets celebrating the ouster. The eyewitness underscored that there was a mixture of fear and happiness. "People from different backgrounds, genders and tribes are on the streets and chant slogans against Bashir and his administration." However, some are not happy with military control. Protesters who pushed for the ouster of Sudan's longtime president continued their defiance now that the military has wrested power from Bashir, fearing that the military would shrug off demands for a civilian transition. Sudan's main protest group rejected the military take over and called for demonstrations to continue. Sudanese professional unions have also rejected army statement on president's ouster, while stressing that terms fail to meet protesters' demands.

Protests in Sudan that started over the increasing prices of bread and fuel and the deteriorating economy had spread to all major cities, leaving the government to face huge social unrest. Dozens of people have died so far in clashes between security forces and protesters. Since the protests erupted in Sudan in January, government calls have gone unanswered by protesters, who thought the government had no credibility over promised reforms or any other steps for amelioration.

These developments happened after security forces killed more than 20 protesters over the weekend. On Tuesday, 14 people died while police were dispersing protesters. Bashir had banned any unauthorized public gatherings and granted large powers to the police after declaring a state of emergency last month. Security forces have used tear gas, rubber bullets, live ammunition and batons against protesters.

Bashir himself took power as a result of a coup as well. As a member of the military, in 1989 he toppled another army council, which had been in power since 1985. Despite his efforts to keep the army loyal to himself during his presidency, he seems to have failed. The incidents are important for the region as well. Sudan holds strategic significance due to its geographic position, resources and its role as the gateway for the Arab world to Africa. Concerning the ongoing struggle over the aftermath of President Bashir's removal, Turkish President Recep Tayyip Erdoğan urged the crisis-hit country "to overcome its current process in national reconciliation and peace." Erdoğan also underscored the continuation of "deep-rooted" relations with Sudan. Weary after a long civil war and genocide claims, which resulted in the partition of the country into north and south, Sudan, with a population of nearly 40 million, attracts the attention of international and regional powers.