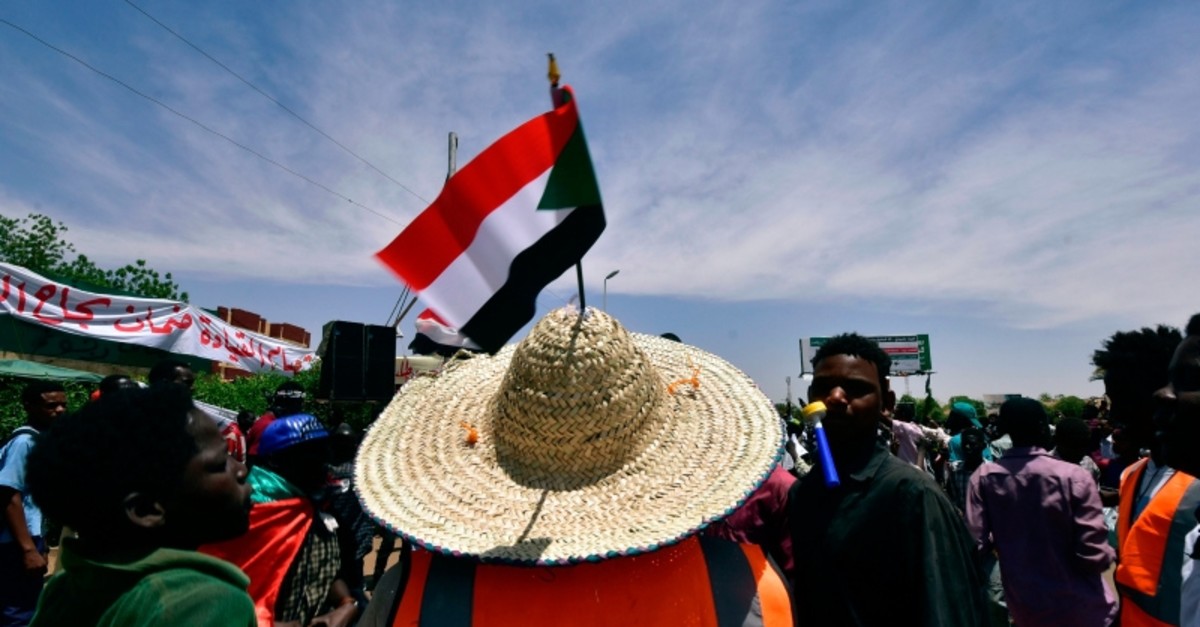 Sudanese demonstrators march with national flags as they gather during a rally demanding a civilian body to lead the transition to democracy, outside the army headquarters in the capital Khartoum, Sudan, Saturday, April 14, 2019. (AFP Photo)
by Anadolu Agency Apr 14, 2019 3:45 pm

The Organization of Islamic Cooperation (OIC) on Sunday called on all parties in Sudan to pursue dialogue to guarantee a peaceful transition of power.

On Thursday, the Sudanese army ousted longtime President Omar al-Bashir, who ruled Sudan since 1989, following months of popular protests against his rule.

In a statement, the OIC urged all Sudanese parties to "pursue constructive dialogue with a view to maintaining peace and social cohesion in the country and achieving aspirations of the Sudanese people for a peaceful transfer of power."

The call comes as thousands of Sudanese protesters continued their sit-in at front of the military headquarters in the capital Khartoum to demand the transfer of power to a civilian government.

In a televised speech, Burhan said the country's two-year transitional period will end with free and fair elections and vowed to put on trial those involved in the killing of the protesters as well as corruption under the old regime.